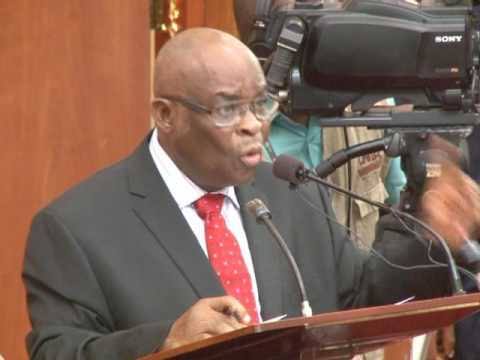 The National Industrial Court of Nigeria (NICN) today restated its earlier order restraining the Attorney General of the Federation (AGF), Abaubakar Malami, from ordering the Chief Justice of Nigeria (CJN), Justice Walter Onnoghen, to vacate his office over the recent allegations of non-disclosure of assets levelled against him.

Delivering judgement in a fresh suit filed against the Attorney General by a lawyer, Peter Abang, Justice Sanusi Kado said other defendants in a suit namely the Chairman of the Code of Conduct Tribunal (CCT), the Code of Conduct Bureau (CCB), the National Judicial Council (NJC), the Federal Judicial Service Commission (FJSC), the Inspector-General of Police (IGP) and the Senate President, are also bound by his order.

Recall that Justice Sanusi Kado in a seperate ex-parte ruling on January 14th this year, made a similar order and equally halted the scheduled trial of the CJN before the CCT on charges of non-declaration of assets.

Justice Kado this morning, said the orders were necessary to avert a threat and constitutional breaches regarding the position of the CJN as the number one judicial officer of the country.

Justice Onnoghen who was sworn in as the 17th substansive CJN in March 2017, was dragged before the CCT by the Federal government over his failure to declare all his assets.