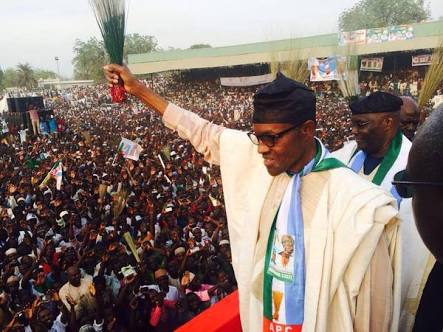 The Borno State Government has declared Monday, January 21, as public holiday for President Muhammadu Buhari’s campaign rally in the State.

The Borno State Government made this announcement on Sunday ahead of the presidential campaign rally on Monday.
According to information made available to MERIDIAN SPY, the decision by  the Kashim Shettima led administration of the State was to enable both the government and the people of the State to participate fully in the political exercise.

Mr Muhammadu Buhari, the candidate of the All Progressives Congress (APC) is seeking re-election and would be going to Borno to campaign.

Both Buhari and his Peoples Democratic Party opponent, Atiku Abubakar were absent at the NEDG/BON presidential debate held in Abuja yesterday.