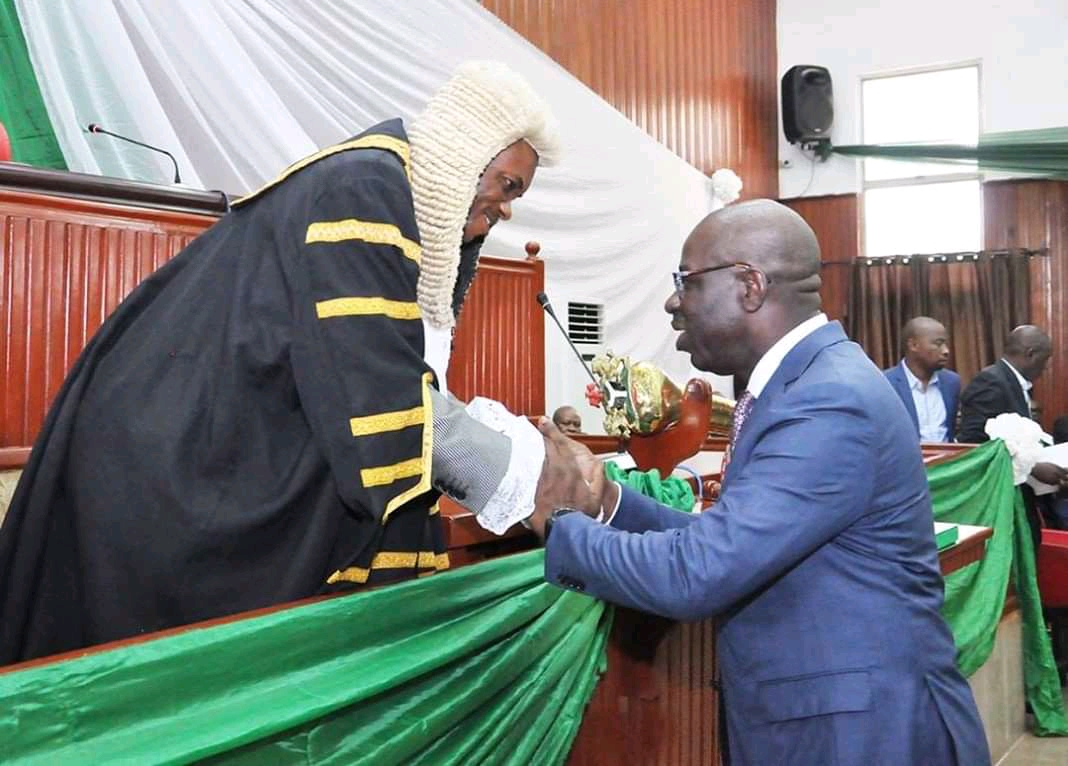 The budget proposal which is known as the “budget of socioeconomic inclusion” has the total of N175.7 bn budgeted for the 2019 fiscal year.

The 2019 economic master-plan contained a total of N95.8 bn as alloted to capital expenditures while N79.9 bn was budgeted for recurrent expenditures.

According to the governor, the 2019 appropriation bill reflects his administration’s intention to promote social inclusion and economic empowerment for Edo indigenes, through the deepening of investments in socio-economic, governance, and security infrastructure; and through the implementation of initiatives that guarantee equal access to education, health care and social protection.

He said: “Our budget size for 2019 fiscal year is N175.7 billion, which is a 9.20 per cent nominal increase from the 2018 budget. This budget comprises N79.9 billion for recurrent and N95.8 billion for capital expenditures.

“The revenue estimates for the budget are based on a $60 per barrel bench mark for crude oil at an average daily production of 2.3m barrels per day as well as an increase in Internally Generated Revenue (IGR), as a result of reforms in revenue collection in the state.

“Consolidating on the gains from the last two years, we intend to keep prioritising capital spending. We propose a capital/recurrent expenditure ratio of (54.5%:45.5%) which demonstrates our commitment to fortify the economy and our people for sustained growth.”

Mr Obaseki expressed fervid optimism on the appropriation bill even as he assures that if sigined into law, the bill will propel the people closer to the Edo of their dream.