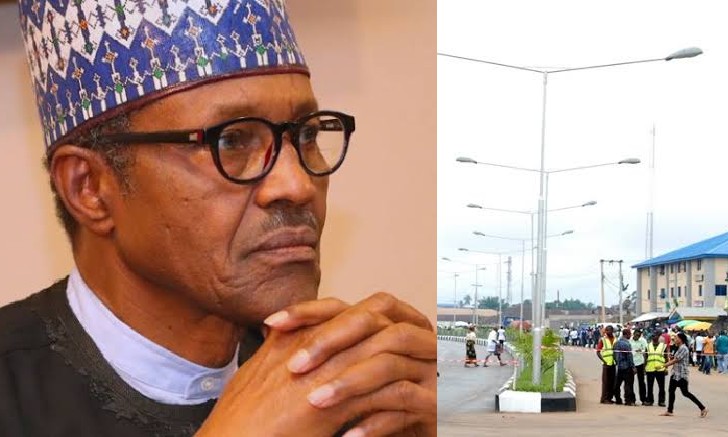 The Presidential candidate of the All Progressive Congress, APC, Mr Muhammadu Buhari visited Edo State on Thursday for his presidential campaign rally ahead of the February 16 presidential election.

MERIDIAN SPY exclusively gathered that President Buhari’s visit in the state was greeted with glaring indifference and disregard from people in the State.

The Edo State chapter of the party had been mandated by its national chairman, Mr Admas Oshiomhole to mobilise people that would grace the campaign rally. Mr Oshiomhole who wouldn’t want to be disgraced by poor turn-up at the rally gave order to the state party secretarait and the State Governor, Mr Godwin Obaseki that all party men and women in the state must swing into action to make sure that people were mobilised to the rally.

A highly placed source in the state hierarchy of the party told this newspaper that the party’s national chairman, Mr Oshiomhole took the necessary steps to avoid ‘population embarrassment’ at the rally which was glaring.

The ongoing ASUU strike however posed a challenge to the official of the state government who were mandated to mobilise students and youths from various higher institutions in the State. This notwithstanding, buses where sent to all campuses in the state to convince and convey students who were available on campus to attend the event as efforts to mobilise market men and women down to the rally proved abortive.

The students who attended were paid N1,000 each while those who mobilised them were given N5,000 each by the Edo State government officials who were contracted to the job.

One of those contracted to mobilise students was quoted to have said:” They said our ‘dead’ president is coming; let’s mobilise and collect the money they want to share.

“The money is very important,” he concluded.

Both commuters and tarders in the state capital expressed gross dissatisfaction on President Muhammadu Buhari’s performance in the last three years in office. Hence, they bycotted the event on a deliberate note.

Another source in the Edo State Government told MERIDIAN SPY that the rally was to take place at the popular Samuel Ogbemudia Stadium in Benin but due to some ominous signs that people were not ready to attend, the party hierarchy decided to take the event to Garrick Memorial Grammar School on the approval of Mr Oshiomhole.

The event Ground which the rally took place is normally used for private events and burial ceremonies. However, the last-minute step which the party resorted to was to save its national chairman the embarrassment of having a scanty rally in his home state, we gathered.