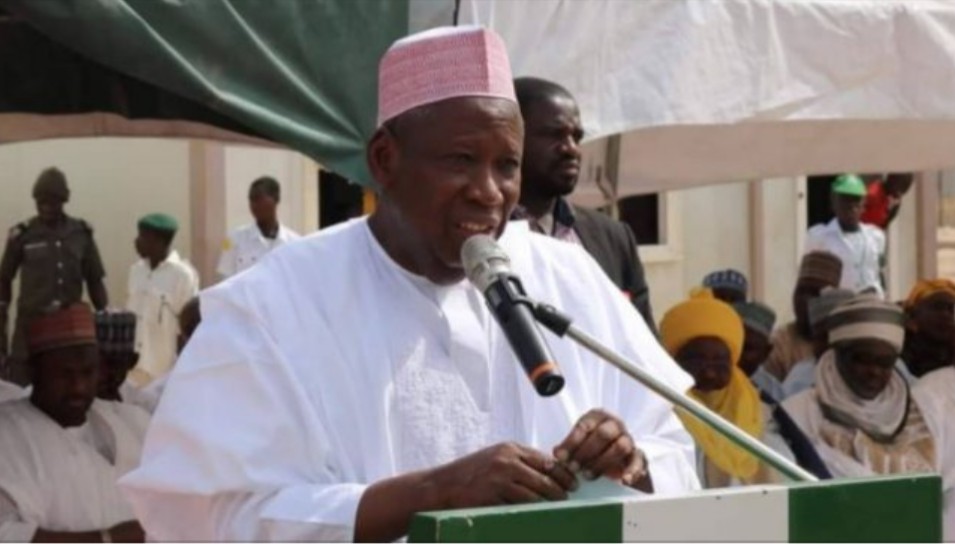 One is not sure if President Muhammadu Buhari was informed of the giant strides of a journalist with the rather interesting name of Jaafar Jaafaar. This is important because our president expressed his disappointment last week with Nigerian journalists for not blowing his administration’s trumpet for the agricultural revolution he claimed was ongoing in the country. For an administration that boasts of many aides saddled with the responsibility of informing citizens with its achievements, that the president could still hope for a pro bono service is not surprising but that he actually thought achievements are so hidden that citizens must be told over and over.

But if our president has not been told, this is meant for his information after all; a recurring defence in his favour is that he was never aware of the many scandals trailing his ministers, aides and party members. Last week, Jaafar surfaced at the Kano State House of Assembly to testify to the veracity of two videos his media organisation, Daily Nigerian, released, showing the Kano State governor, Abdullahi Umar Ganduje, an APC member, receiving money or bribe from a contractor. Ganduje, now nicknamed Gandollar, as a result of his penchant for dollars, is alleged to have received from the contractor a total of $5 million as kickback from projects the contractor executed for the state government. It was journalism’s finest moment in Nigeria. No doubt, journalists in our country have unearthed more earth shaking revelations but one must give kudos to Jaafar for standing by the videos.

Interestingly, I was against Jaafar appearing before the assembly as they do not need further information from him before carrying out their oversight function on Ganduje and one cannot be too sure of the members’ neutrality over the matter. One was also worried for his safety especially considering the fact that he had moved away from Kano over his daring expose of politicians and also relocated his family outside the country. Since the assembly can also not issued a subpoena but only asks the commissioner of police to bring him, the legality of the invitation was also a point of interest for me. Further, when does a journalist remain a reporter and not insert himself into a story he is reporting? As media ethicists will attest, such issues are not cast in stone and Jaafar decided to answer the assembly’s invitation. In a triumphant entry, he went and gave evidence affirming the authenticity of the videos adding that there are 13 more yet to be released. Jaafar also mentioned that other media organsiations have authenticated the videos. He left Kano immediately after his testimony, a wise decision.

There are other issues we must contend with in Jaafar’s appearance: one is the nauseating protest by young children protesting against Jaafar’s reportage. No, I’m not against protest, as dissent remains an integral part of democracy but why must kids who ought to be in school be exploited and given placards to carry on issue they know absolutely nothing about? Foolish comments like “Jaafar Your video will not stop us from voting Ganduje” cannot erase the fact that 60 per cent of the 10.5 million out-of-school children in Nigeria live in the northern part of our country just as we have the highest number of such children in the world. Who takes children out of school for such inanity? Do those children understand that with such money siphoned from the state treasury, their future is in jeopardy?

One is not sure which pains more, the fact that Kano citizens have not expressed outrage neither are they asking that the assembly hasten up their investigation into the allegation? The videos also affirm the contempt with which our leaders view Nigeria and Nigerians or how do we explain the fact that the governor opted to receive the bribe in dollars? What happened to the naira? Or Nigerians are only good to be milked and discarded thereafter? A cynical friend of mine who is more familiar with the ways of our politicians said that dollars are easily stored than naira and one can carry more than our legal tender. No wonder our currency continues depreciating in value, as our public officers prefer dealing in dollars to using naira. Seeing the governor putting the dollar bundles in his babanriga pockets brought back memory of another Kano politician who hid dollar notes in his cap. It is also instructive that Gandollar does not trust anybody to collect the kickback on his behalf but must do so by himself. A lesson for all those who want to kill themselves defending Nigerian politicians, remember they don’t even trust you to serve as fronts whenever they want to siphon money.

I wager that Jaafar will release the remaining 13 videos and we will all shrug our shoulders pretending nothing is amiss and move on. Let’s see if Kano assembly members will prove me wrong.