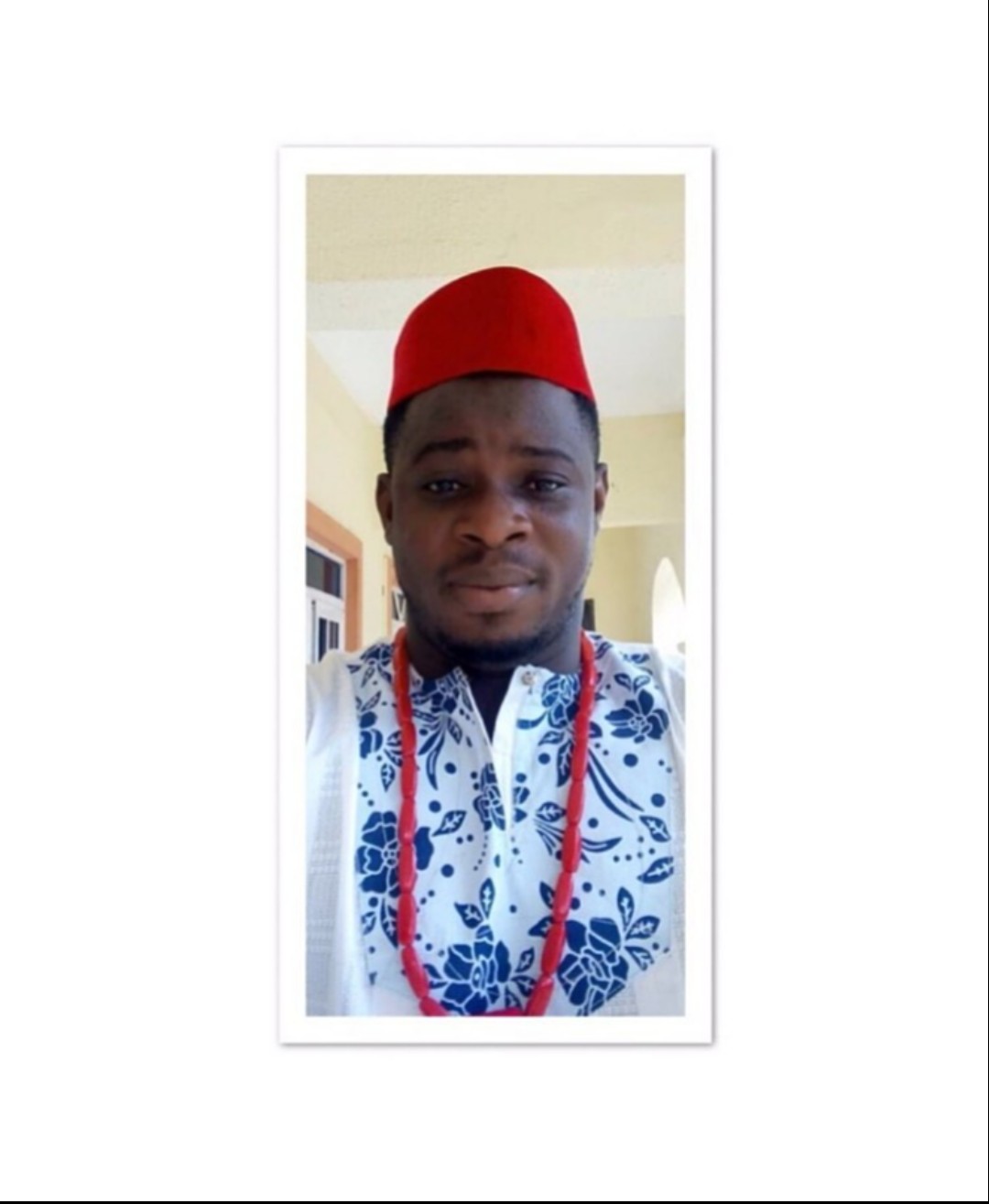 On Friday, October 19, 2018, Mr Nnamdi Kanu, the acclaimed supreme leader of the Indigenous People of Biafra (IPOB) reappeared in Jerusalem, the capital of Israel in a manner that elicited mixed reactions among Nigerians. It was the first appearance ever recorded since his forceful and dramatic disappearance in September 2017 after the whirlwind of ‘Operation Python Dance.’

The aforementioned exercise by the Nigerian army had ravaged the southeastern part the country: leaving a good number of Kanu’s followers dead – and many others, severely injured. The fear of Buhari’s ‘Python Dance’ exercise consequently became a precipitant for calmness and forceful tranquility among IPOB members who had narrowly escaped the resultant carnage of the exercise.

While many were worried if Kanu was alive or not, I was particularly indifferent because I knew he was actually chilling somewhere – probably in a hideout where many never knew. I knew that Kanu was okay, and that he was only recuperating from the shock instilled on him by the ‘Python Dance’ exercise.

Right from the onset, I had never taken Kanu serious for once even as an Igbo man who believes in the emancipation of the Igbo nation from our ruthless oppressors. I have my personal reservations on his modus operandi, tenets and basic ideology when it comes to the question of emancipation.

Don’t get me wrong, the young man, Kanu, may have a couple of sound arguments that must have shaped his drive for the emancipation of the Igbos from the clutches of glaring marginalization, relegation and incessant ‘buharitization.’

However, his strategies and utterances have been too arrogant, undiplomatic and pesky to be admired. The unclad truth is that we all share in the ill-feeling of marginalization of our people – Ndi Igbo, especially in the present administration where the President has subtly relegated the Igbos on the background. Yet, even at this point of admittance, I don’t see Kanu as the ‘Joshua’ that would lead the Igbos to the promise-land. He practically lacks what it takes to lead the Igbo emancipation cause, at least for now.

I’m however pained and disturbed that many young and vibrant Igbo blood (s) lost their lives at the peak of Kanu’s agitation. I think Kanu arrogates too much power to himself – and that he puts his ego first before the cause he claims to be championing. He has virtually disagreed with all notable activists and political figures in Igbo land. Even Sir Raph Uwazurike, who was one of the incipient agitators of the Biafran cause, is currently against Kanu’s style and strategies. Uwazurike himself may not be impeccable but his moves and agitations should also not be forgotten. I am very sure that if the late Ikemba of Nnewi, Dim Chukwuemeka Odumegwu Ojukwu was alive today, he would have also disagreed with Kanu in his approach and style.

Last Sunday’s live broadcast by Mr Kanu on Radio Biafra was also another show of sheer arrogance and disregard to even the young Igbos who had unfortunately lost their lives on the altar of the Biafran agitation as led by Kanu.

Kanu is simply speaking more of himself than he does for the Igbos. Kanu in his broadcast had mentioned his dog, Jack which was killed by men of the Nigerian army, alongside, with the souls of young Igbos who lost their lives during the ‘Operation Python Dance’ exercise in the south-east at the same instance. This categorization to me, was a public affront to the resting souls of Kanu’s men whose lives were nipped on the bud during the ‘Operation Python Dance’ exercise. Such utterance clearly placed Kanu’s dog, Jack at the same radar of importance with the lives of his young followers who were sent to their early graves during the exercise.

I hope those who still want to follow the unscrupulous path of Kanu would have a swift rethink! I hope they would understand the exigencies and implications of their resolve, and make a thoughtful u-turn. I hope they do understand that joining Kanu to thread his chosen path would place them at a susceptible end, where regrets may take precedence over victory. I do hope they know that there can be hope even without violence!

Apparently, we’re all not satisfied. But we must not be foolish and infantile even at such instance.

The marginalization of the Igbos in the current administration is like an open sore that may fester if wrongly handled. It has been a question of either restructuring or secession! Verily, verily, I say unto you my fellow Igbo brothers and sisters, if we anticipate restructuring in view, then let’s hold unto it for the time being. Perhaps, the Atiku/Obi ticket would be the solution we have been waiting.

I have a strong problem with Kanu. My problem with him is that he has never been a man of his words. He has been gallivanting in between the bond of his words and the grit of his actions. He has been particularly unstable in this regard. He says he was fearless, dauntless and resilient, meanwhile he has proven to be one of the most fearful and unstable activists in our contemporary age.

I would personally advise my good brother, Kanu to use his stay in Israel (that is if he is truly in Israel) to carefully study the history of major Israeli liberation movements like ‘Zionism.’ And how the movement was able to create remarkable impacts unlike what IPOB is doing today under his watch.

Zionism had emerged in 1897 as an ideological, religious and political movement that gave the core Jews, both in Palestine and in other parts of the world a voice of their own – to speak, reclaim and reassert their political and religious supremacy in Palestine over the Palestine Arabs who were partly in possession of their land.

Zionism, due to its master-plan and systematic approach, shook all nooks and crannies of the world in the 19th century. Unlike Kanu, the likes of Theodore Herzel, Chaim Azriel Weizmann, David-Ben Gurion et al used the most diplomatic, effective and spirited approach throughout the period of their agitation. These men were at the vanguard of zionist agitation; and they worked ardently together for a cause they all believed in.

Although there were outbreaks of wars in Palestine after the formation of Zionism, like the Arab-Israeli war of 1948, the crux of the matter remains that these wars broke-out after all diplomatic means were exploited.

If I may ask, which prominent Igbo figure is Kanu working with as it stands? He consults nobody, and respects nobody! Thereby, making himself tribal emperor of a sort.

In all of these, what do we have today? We have a Kanu who wants to be the sole supremo of the Biafran agitation. We have a rapacious and loquacious leader who only speaks to pacify his ego and what he believes in – without giving a damn about what other people think or believe.

We have a Kanu who wants every other persons to worship him as followers. We have a Kanu who doesn’t want to listen to what the next person has to say. He has proven to be an abhorrer of possible synergy with other prominent figures in Igbo land all in the subtle desire to garner all glories to himself as the author and finisher of the Biafran agitation.

The truth is this; Kanu can only return to Nigeria on the approval and concession of the government of the day. And it would be in view of the 2019 elections. Anyone who sees Kanu around in the country before 2019 should know that he has been recruited! His broadcast on Sunday night was purely an esoteric display of verbal arrogance, platitudes and pragmatic frailty, abruptly packaged to placate his gullible supporters who lack the wit of history and objectivity in reasoning. It was a script, drafted, but poorly directed and acted.

The only issue is that both the Director and Executive Producer of the movie are yet to be known. However, be it as it may, only time shall tell.

Having noted the above, let me clearly state it here that the Igbos would lose out if they fail to participate in the 2019 voting process, especially as it concerns the office of the president. Our people’s refusal to vote would be an added advantage to President Muhammadu Buhari who is currently unpopular and highly detested among the Igbos.

Our people should be wise about what they want. And know the best way to go about it in order to avert a capital blunder in 2019. In all, whichever decision we take in 2019 as Ndi Igbo, would live with us in the next four years, beginning from 2019. Those that have ears, let him hear.

Sunny Ibeh Jnr is a public affairs analyst and a Media Strategist!

He can be reached via his facebook handle @ Sunny Ibeh Jnr or Sunnyibehjnr@gmail.com.