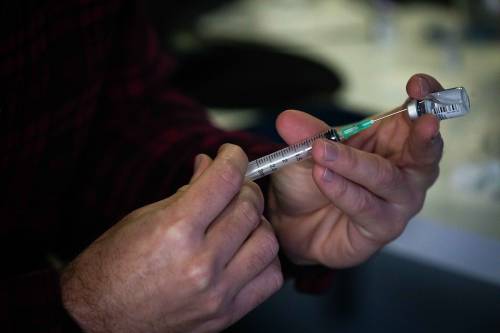 The Israeli health ministry has said a 75-year-old man from Beit She’an died of a heart attack two hours after receiving vaccination against COVID-19 on Monday morning, Sahara Reporters reports.

It was learnt that the man had preexisting conditions and had suffered from heart attacks in the past.

Chezy Levy, the Director-General of the Health Ministry, has launched an investigation into the incident. “We share in the grief of the family,” he said in a statement.

He was injected at around 8:30 am at a Clalit Health Services Clinic. He stayed at the facility, as is customary, for a short period of time to ensure he had no side effects. When he felt well, the clinic released him.

According to Levy, the early discoveries do not reveal a link between the man’s death and his inoculation.

When Pfizer presented its safety data to the US Food and Drug Administration in early December, it was found that two trial participants had died after receiving the vaccine. One of the deceased was immunocompromised, meaning the person’s immune defences were low.

In response to the report of those deaths, Israel’s Midaat Association said when vaccines are administered to at-risk populations, “there may be unfortunate cases. One should not infer from this about the safety of the vaccine, but welcome the transparency required from the pharma companies in the drug approval process.”

In large trials of tens of thousands of people, death can occur without any connection to the trial, but companies such as Pfizer are required to report those deaths, Midaat said.

“According to the published data, six of the participants in the experiment died, two of whom received the vaccine and four of the control group,” said Dr. Uri Lerner, Midaat’s scientific director. “After an in-depth examination, no connection was found between the experiment and the cause of death.”

Conspiracy theories surrounding side effects and claimed dangers of the newly released coronavirus vaccines have spread rapidly throughout social media.

The main side effects reported in the trials of the Pfizer and Moderna vaccines were pain, swelling and redness at the site of injection and chills, tiredness and headache in general. But these effects usually only persisted for a few days at most.

Any potential long-term side effects are still unsubstantiated, as the vaccines are still new. However, the majority of health officials have said they believe the vaccines will cause no long-term harm. In Israel, more than 80 per cent of medical personnel are expected to be inoculated.

As of Monday morning, Israel had vaccinated 380,000 citizens with the first dose of the coronavirus vaccine. According to Health Minister, Yuli Edelstein, 99,000 people were vaccinated on Sunday.

Currently, Israel is vaccinating medical personnel, people over the age of 60 and those with chronic illnesses. It hopes to start vaccinating teachers and school staff later this week.

The IDF vaccination campaign kicked off on Monday.

Israel hopes to vaccinate as many as 150,000 people per day, Prime Minister Benjamin Netanyahu said Saturday night. If successful, 2.25 million Israelis will be vaccinated within a month and a half.