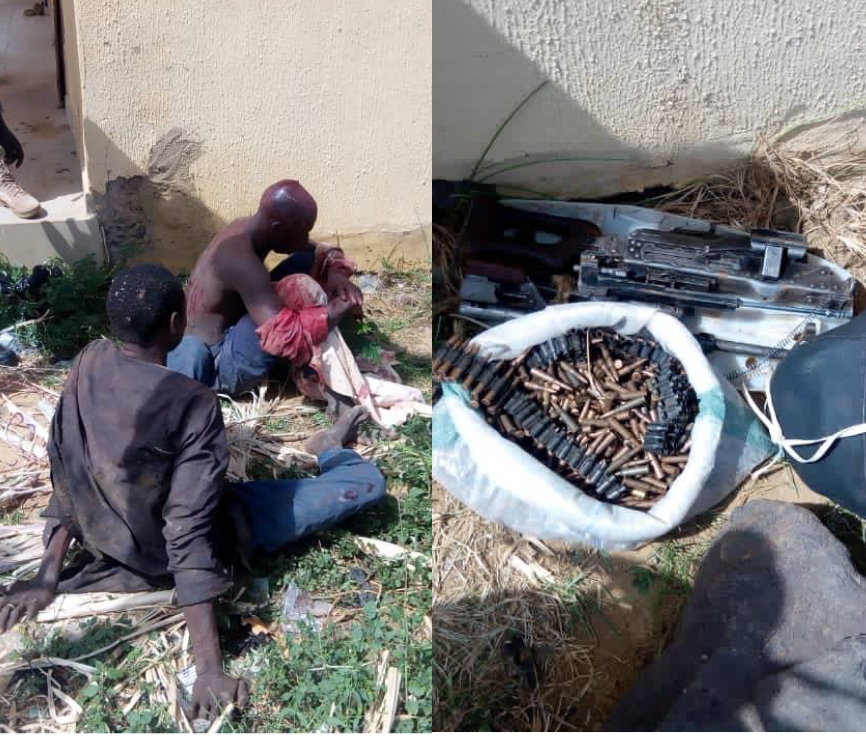 Nigerian Army has disclosed that its troops of ‘Operation Accord’ have arrested two suspected gun runners at Tangaza Town in Sokoto State.

Major General John Enenche, Defence Spokesperson, who disclosed this on Monday, said arms and ammunitions were recovered from the suspects.

“In another development, following credible intelligence that bandits were operating at Fegi Baza village in Tsafe Local Government Area of Zamfara State, troops swiftly mobilized to the area and made contact with armed bandits,” the statement further reads.

“After exchange of fire, the gallant troops overwhelmed the bandits thereby neutralizing 2 of them.

“Items recovered include one motorcycle, 4 magazines and 2 cell phones.

“The suspect is currently in custody for necessary action. The gallant troops have continued to dominate the general area with aggressive and confidence building patrols.

“The Military High Command congratulates the gallant troops for their dexterity and encourages them to remain resolute in the fight against enemies of our Nation.”