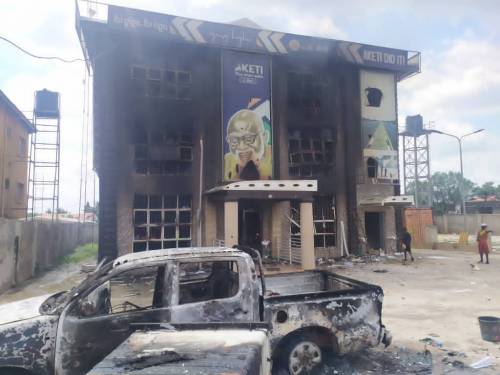 The destruction of property have continued to spread across states in the country since the massacre of ENDSARS protesters in Lagos occurred.

Some hoodlums on Thursday set fire on the campaign office of Governor Rotimi Akeredolu in Akure, the state capital.

This comes after mob earlier attacked two police stations in the state as well as the Nigerian Correctional Centre in the town and freed prisoners in the facility.