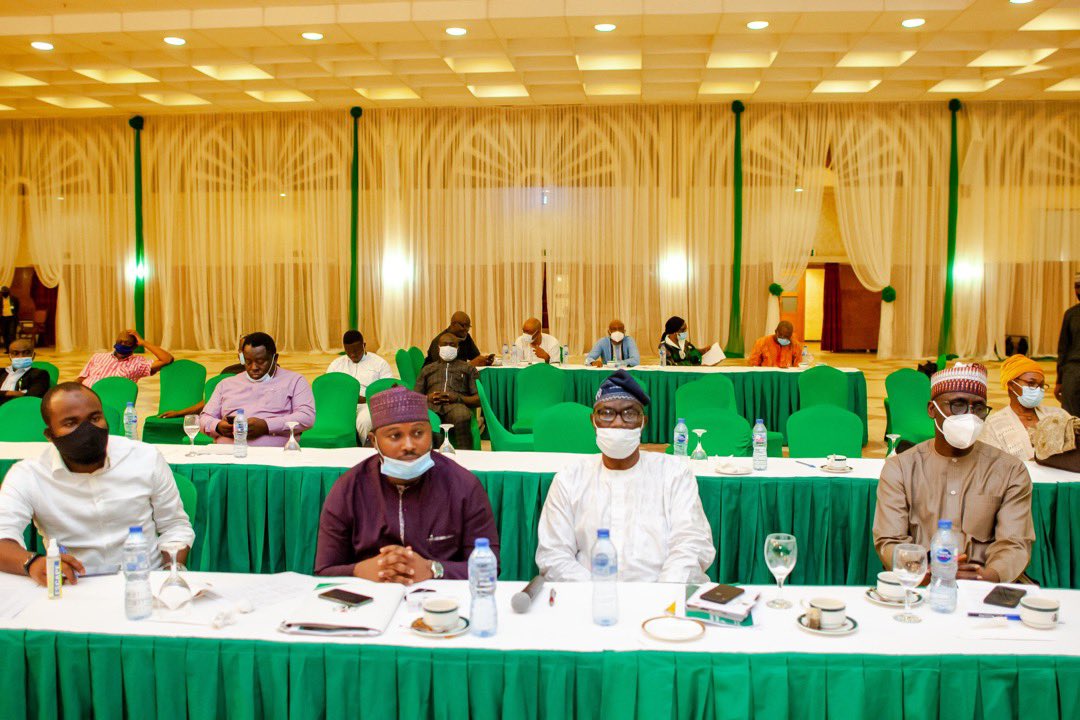 Mele Kyari, Group Managing Director (GMD) of the Nigeria National Petroleum Corporation (NNPC), has hailed the leadership of the labour unions for suspended the planned nationwide protest scheduled for today Monday over the hike in electricity tariff and fuel price.

MERIDIAN SPY reported earlier the leadership of the Nigeria Labour Congress (NLC) and the Trade Union Congress (TUC) agreed to suspend the planned nationwide mass action after its meeting with the Federal Government.

Part of the agreement reached between the government and the labour unions was that a technical committee comprising labour leaders, government agencies and ministries will in two weeks look into issues concerning the recent electricity tariff hike so as to validate ”the basis for the new cost-reflective tariff as a result of the conflicting information from the fields which appeared different from the data presented to justify the new policy by NERC; metering deployment, challenges, timeline for massive rollout”.

“During the two weeks, the DISCOs shall suspend the application of the cost-reflective electricity tariff adjustments,” a communique released after the meeting reads.

They also agreed that the nation’s refineries will be rehabilitated to reduce the cost of fuel.

Reacting in a Twitter post on Monday, Kyari applauded the leadership of the labour unions for its understanding displayed in calling off the industrial action, noting that they chose the pursuit of common good.

He added that posterity will vindicate them for standing with the country.

“Being a former union leader, I understand the difficulties of labour leadership when faced with choices between stark realities and legitimate follower expectations,” the tweet reads.

“The leadership chose the pursuit of common good and posterity will vindicate us all for standing with our country.”

Hours after, the NNPC GMD noted, “NLC and TUC demonstrated absolute faith in our country and showed understanding on inevitability of PMS deregulation and jointly charted way forward to secure local refining sufficiency through greater stakeholder inclusiveness and transparency. We will follow through diligently.”