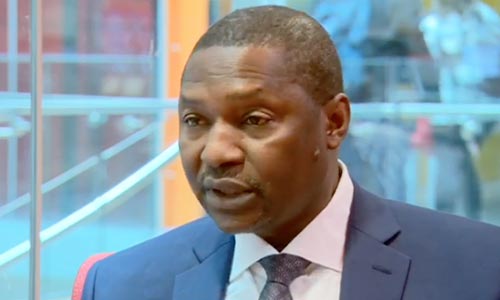 Some Civil Society Groups have asked President Muhammadu Buhari to investigate series of allegations levelled against the Attorney-General of the Federation (AGF), Abubakar Malami.

In the letter addressed to the President at the weekend, the groups listed some “14 high-profile corruption cases”, including the AGF’s auctioning of sea vessels holding crude oil seized by the Nigeria government.

Malami had authorized the sale of the crude oil vessels by companies who were being prosecuted by the Economic and Financial Crimes Commission (EFCC) for similar offence of illegal bunkering.

Defending his action, the AGF, through his media aide, pleaded presumption of innocence on the part of the accused, in the case being prosecuted by the EFCC.

But in the letter which was jointly signed by Olanrewaju Suraju, chairman, the Civil Society Network Against Corruption (CSNAC), a coalition of 150 CSOs; Debo Adeniran, chairman, Centre for Anti-Corruption and Open Leadership (CACOL) and Ezenwa Nwagwu of Say No Campaign, the civil society groups said the “very strong allegations of corruption” against Malami were with clear evidence and urged President Buhari to act on them immediately.

“It has to be now or never. There are very strong allegations of corruption against Mr Abubakar Malami with clear evidence. President Buhari should act now,” they said in the letter.

“We are perturbed by these reports considering the revered position occupied by Mr. Malami, being the number one law officer of the country. Some of the allegations as conveyed in the media reports go to the root of breakdown of law and order and total disregard for the rule of law.