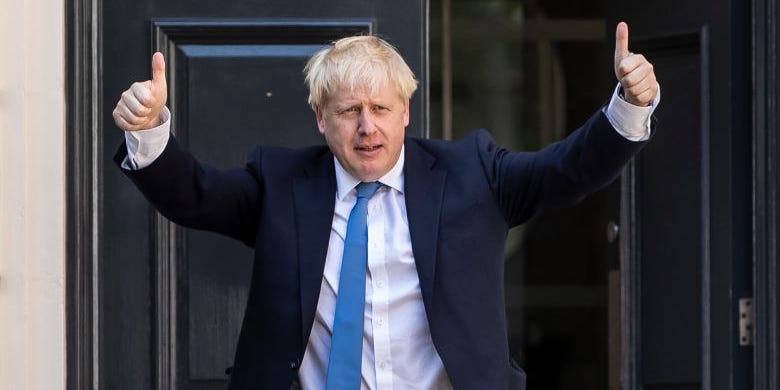 UK Prime Minister, Boris Johnson has been discharged from hospital after a life-threatening battle against the deadly coronavirus disease.

Downing Street made the confirmation on Sunday that he had been released from St Thomas’s Hospital in central London, after being admitted a week ago.

The 55-year-old Prime Minister’s time in the care of the NHS included three nights in Intensive Care Unit ICU receiving oxygen treatment as his nation tensely awaited his recovery.

Johnson will now head to his official country residence of Chequers in Buckinghamshire to rest. ‘On the advice of his medical team, the PM will not be immediately returning to work,’ a spokesman disclosed.

As his release was revealed, his pregnant fiancee, Carrie Symonds was full of praise for staff at St Thomas’s, adding; ‘there were times last week that were very dark indeed.’

She tweeted: “My heart goes out to all those in similar situations, worried sick about their loved ones.

“I cannot thank our magnificent NHS enough. the staff at St Thomas’ Hospital have been incredible. I will never, ever be able to repay you and i will never stop thanking you.”

An anonymous member of his family likened the recovery to a biblical resurrection, and upon hearing he ha dbeen discharged from critical care, made a timely Easter allusion, saying: ‘He is risen.’