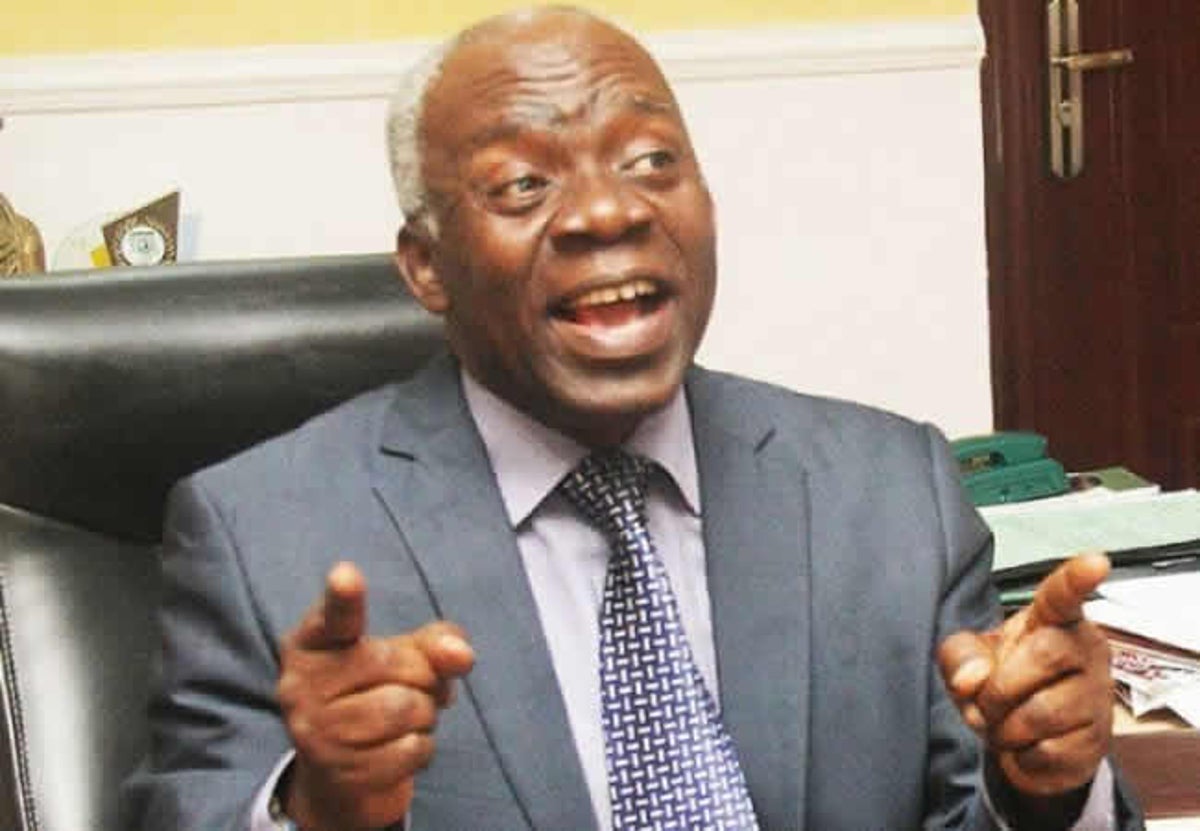 Human right activist, Femi Falana SAN, has advised the federal government to seek the help of the Cuban government in combating the spread of the deadly coronavirus pandemic.

In a letter to the Minister of Health, Osagie Ehanire, the senior advocate of Nigeria said Cuban medical professionals had set a record in Africa when they helped fight ebola virus disease EVD in 2017. Adding that countries like China, Italy and Brazil have all deployed a Cuban drug known as ‘Recombinant Human Interferon Alpha 2B’ to fight the deadly COVID-19 and Nigeria should do so without further delay.

Falana’s letter reads: “We have confirmed that the Cuban drug known as ‘Recombinant Human Interferon Alpha 2B’ developed by Cuba has so far proved to be the most effective weapon against COVID-19. Apart from the Chinese Government which has  chosen ‘Interfron Alpha 2B’ as one of the drugs for combating COVID-19 the Italian Government has adopted it and secured the services of Cuban doctors along with Chinese experts in combating the dreaded disease.

“The right wing Brazilian Government which had expelled Cuban doctors two years ago on ideological  grounds has been compelled to request for the assistance of Cuban medical team amidst coronavirus pandemic. Similarly, other Latin American, Caribbean and European countries are reported to have requested the Cuban drug and also help from Cuban medical professionals to fight the  COVID-19 scourge.

“In view of the foregoing,  we call on you to use your good offices to confirm the efficacy of the Interfron Alpha 2B’ and recommend the same for the treatment of COVID-19.  Having regards to the selfless role of the Cuban medical professionals in eradicating the Ebola virus in Guinea, Liberia and Sierra Leone in 2017 we call without any further delay. The health of humanity should not be sacrificed on the alter of ideological disputation.”

According to Nigerian Centre for Disease Control NCDC, as at 07:00am Wednesday, 25th March, there are 46 confirmed cases of COVID19 in Nigeria. 2 have been discharged with 1 death.