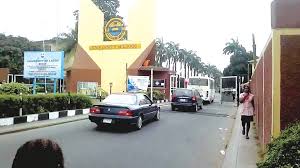 The institution had on March 5 announced the suspension of its 51st convocation after a disagreement between the management and Pro Chancellor of the institution, Dr Wale Babalakin.

The ASUU chapter of the institution soon after declared that the Pro Chancellor should no longer be seen within the school’s campus in Akoka.

However, in a statement on Saturday, the stakeholders stated: “We, the Concerned Stakeholders of the University of Lagos, comprising staff, old students, parents and students, have finally been vindicated on the current state of impunity and lawlessness which is actively backed by the university’s ASUU leadership on our darling campus.

“When the university council under the leadership of Dr Wale Babalakin sought to call management to order from its avowed path of financial recklessness, outright departure and flagrance disobedience to the university’s edict, it was bullied and accused of seeking to hijack the authority of the Vice Chancellor.

“But the sequence of events as recorded by the council minutes and relayed in the latest edition of Campus News leading to the tragedy of postponing the university’s 2019 convocation, has exposed the unrelenting path of insanity and lawlessness embarked upon by the management as cheered on by ASUU leadership.

“To make things worse, UNILAG ASUU Chairman, Dr Dele Ashiru, addressed a press conference in which among other misrepresentations of the truth of what transpired, went ahead to take the laws into his hand by threatening the life of the Pro Chancellor and forbidding him from further stepping on the campus.

“In order not to hold our 2019 graduands to further strain and for the university to move on; we advise the relevant authorities to advise the Vice Chancellor to proceed on immediate leave while a Deputy Vice Chancellor should be allowed to take over in an acting capacity to lay a detailed plan and new date for the 2019 convocation ceremonies before the council for scrutiny and approval.”