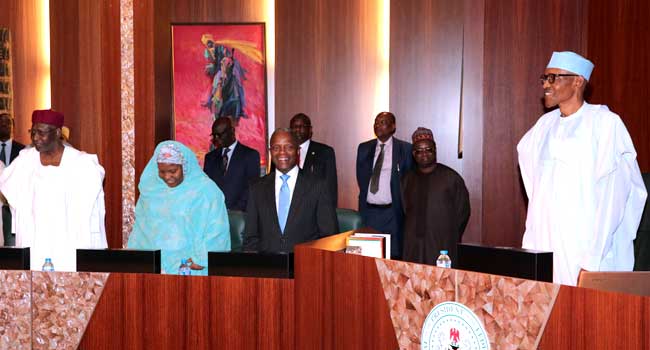 The Federal Government said all contracts signed before the 1st of February, 2020 will use the previous Value Added Tax VAT of 5%.

Presidential spokesperson, Garba Shehu, made this known to journalist on Wednesday after the Federal Executive Council FEC meeting.

Shehu said this was to clear the confusion arising from whether the old or new VAT rate should be applied to contracts.

He stated, “By law, the new VAT came into effect on February 1; the government was concerned about the implication of this on contracts that had been issued earlier than the set date.

“Some of the contracts been handled by various ministries, for instance, the ministry of works, are from several years back.

“A final decision was made that new contracts onwards will attract a 7.5% VAT. Contracts signed on a 5% VAT earlier than February 1 will remain 5% so there is no more confusion on this matter.”

It should be recalled that the Accountant-General of the Federation, Ahmed Idris, had said implementation of the 7.5% VAT began in January.