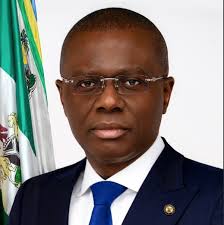 The Lagos State Government has expressed appreciation to residents for their perseverance during the ongoing road rehabilitation and construction works that have led to traffic congestion in some areas across the State.

The Special Adviser to the Governor on Works and Infrastructure, Engineer Aramide Adeyoye, while reviewing some road projects at the weekend, appealed to commuters to show a little more patience and understanding, saying the government took the decision to embark on multiple projects simultaneously to avoid the delay that would result from the commencement of the rainy reason in April.

She maintained that the State of roads at the inception of this administration provided no alternative than adopting a wholesale approach to fixing the critical roads to alleviate the pain and discomfort to road users as well as reducing damage to vehicles.

While acknowledging the discomfort being experienced in areas like Ikorodu and Obafemi Awolowo Way in Ikeja, Adeyoye explained that the government recognised that any delay in completing bad roads would further stretch the period of rehabilitation due to the rainy season which is predicted to be early and intense this year.

Adeyoye also disclosed that the Ministry of Works and Infrastructure constantly reviews progress of work across all local governments and has, in some instances, been able to reduce the projected timelines for completion of work at some locations.

“We have reviewed the work programme for the rehabilitation works programme for Ojota and we have been able to gain over two months from the earlier scheduled completion date”, she stated.

She revealed that the Public Works Corporation has been directed to restrict rehabilitation of inner roads across the State to off-peak hours between 10p.m and 5a.m, assuring that palliative work by the Agency will also ameliorate the effect of bad roads on commuters.

Adeyoye, therefore, appealed for caution and cooperation on the part of road users, assuring of prompt completion of the projects and urging road users to always be patient and obey traffic regulations along road rehabilitation and construction corridors.