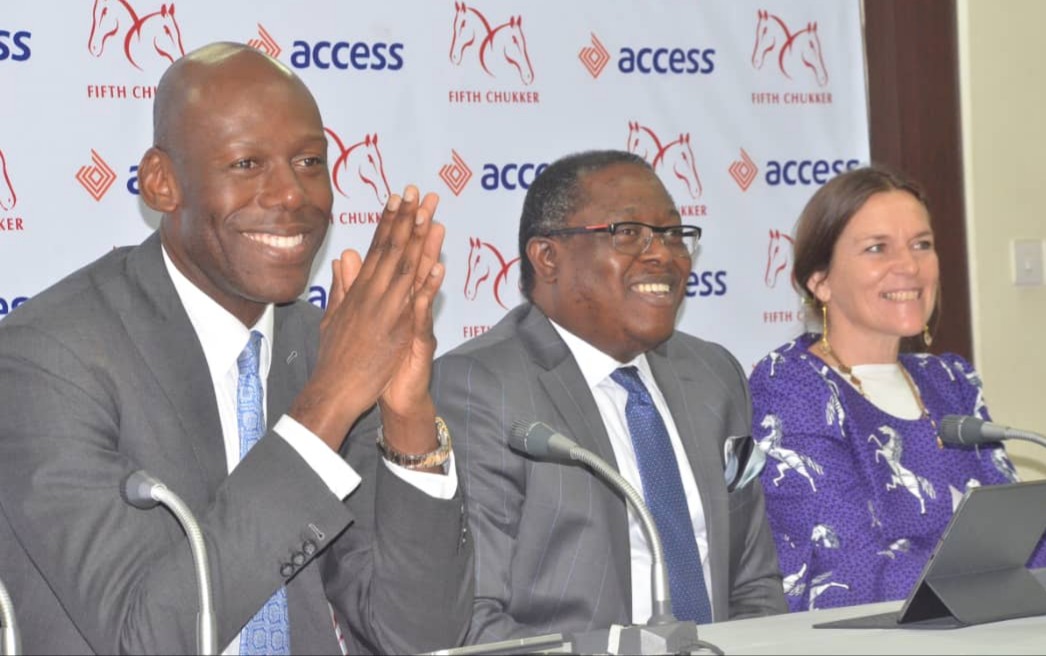 Amaechi Okobi, Group Head, Corporate Communications, Access Bank PLC , has said the bank is very interested in giving back to the society through social initiative programs and sponsorships.

Mr. Okobi said this during the bank’s polo charity press conference held in Lagos on Tuesday. He said the bank was aware of the importance of children, and what catering for them will do for the future of the country.

He assured that as often as the bank could, it will continue to let Nigeria and the world know that Nigerian children and their education will not be ignored.

He said: “Access Bank is very interested in giving back. We are well aware of the importance of children and what catering to them will do for the future of our country.

‘’ So, as often as we can, through the support of organisations like UNICEF, Fifth Chukker and the media, we will continue to let Nigeria and the world know that Nigerian children and their education will not be ignored,” he said.

He also noted that Access Bank has over the years, through various schemes and projects, showcased its commitment to being more than banking.

At the event, the bank in collaboration with the United Nations Children’s Education Fund (UNICEF) and Fifth Chukker; renewed commitment to child development as well as to host Charity Shield Polo tournament this year in Kaduna, north-west Nigeria.

The Shield Polo Charity tournament, which has been described as the grandest charity event in Nigeria and perhaps on the African continent.

This year’s edition will hold from June 6 – 15, 2019; and it will have an expanded format which will see it featuring an array of international stars from across the world.

It will feature 20 teams vying for four separate trophies, an uptick from the 15 which participated in last year’s tournament.

Speaking at the press event, the Executive Director, Retail Banking, Access Bank PLC, Victor Etuokwu, said the financial institution has been involved in advancing the education of children through its polo charity event for over 10 years.

He, however, acknowledged the support of UNICEF and Fifth Chukker in ensuring the bank’s dream for children are realized, adding that the Access Bank will by July complete its latest school building project which will cater to over 1,200 students.

“For over 10 years, Access Bank has been using polo charity events to drive educational advancements in the Northern part of Nigeria.

“This year, we are taking it a step further as we want to give children in that region an early start, which we hope will revitalize the educational system in the locations of focus, and give the children a chance for a better tomorrow.

“In Kaduna, we are facilitating the building of a new school which will have 60 classroom blocks and accommodate over 1,200 children. Once this is completed at the end of July, we would expand our impact to other states and consequently other regions.

“We are happy that we are not working alone, as we have the full support of UNICEF and Fifth Chukker and hope other banks can join us in our crusade,” he said.

Polo & Equestrian General Manager of Fifth Chukker, Barbara Zingg said that the 2019 event would feature a special Children’s Day programs which will include riding lessons for 200 children, 150 of which will be underprivileged children selected by UNICEF.

She also disclosed that cuisines from countries across West Africa, East Africa and Mexico will be featured as part of the cultural exchange program included in this year’s event.

The 2019 event seeks to consolidate on the gains of previous editions.

So far, more than N1billion has been raised for underprivileged children in Northern Nigeria through the charity event, and this has widely been hailed as a huge step for a change in narrative for a region otherwise known for violence.