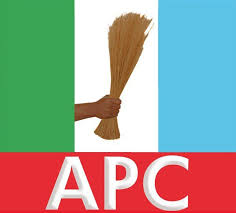 The immediate past Deputy Governor of Adamawa State, Muhammadu Tahir, has defected from the Peoples Democratic Party (PDP) to the All Progressives Congress (APC).

Governor Mohammed Jibrilla disclosed this on Tuesday at an event in Yola, the Adamawa state capital.

He explained that Tahir, who used to be a strong supporter and loyalist of the PDP presidential candidate Atiku Abubakar, decided to join the ruling party the alleged injustice meted on him in his former party, PDP.

The governor described the defection of the former deputy governor as homecoming which he said would boost the chances of the ruling party during the elections.

He insisted that there was no alternative to the APC, considering the achievements of President Muhammadu Buhari in the last three years.

Governor Jibrilla however used the occasion to caution youths to shun every form of violence and thuggery and embrace orderliness and good conduct ahead of the 2019 general elections.

He also appealed to politicians and political parties in the state not to promote hate speeches during their rallies for the general election but to focus on issue-based campaigns.

The governor spoke during the commissioning of the Buhari/Bindow Campaign office in Yola, set up by the Secretary to the Government of the Federation (SGF), Mr Boss Mustapha.

He stated that the office would serve as a centre for the activities of the ruling party in the North East.