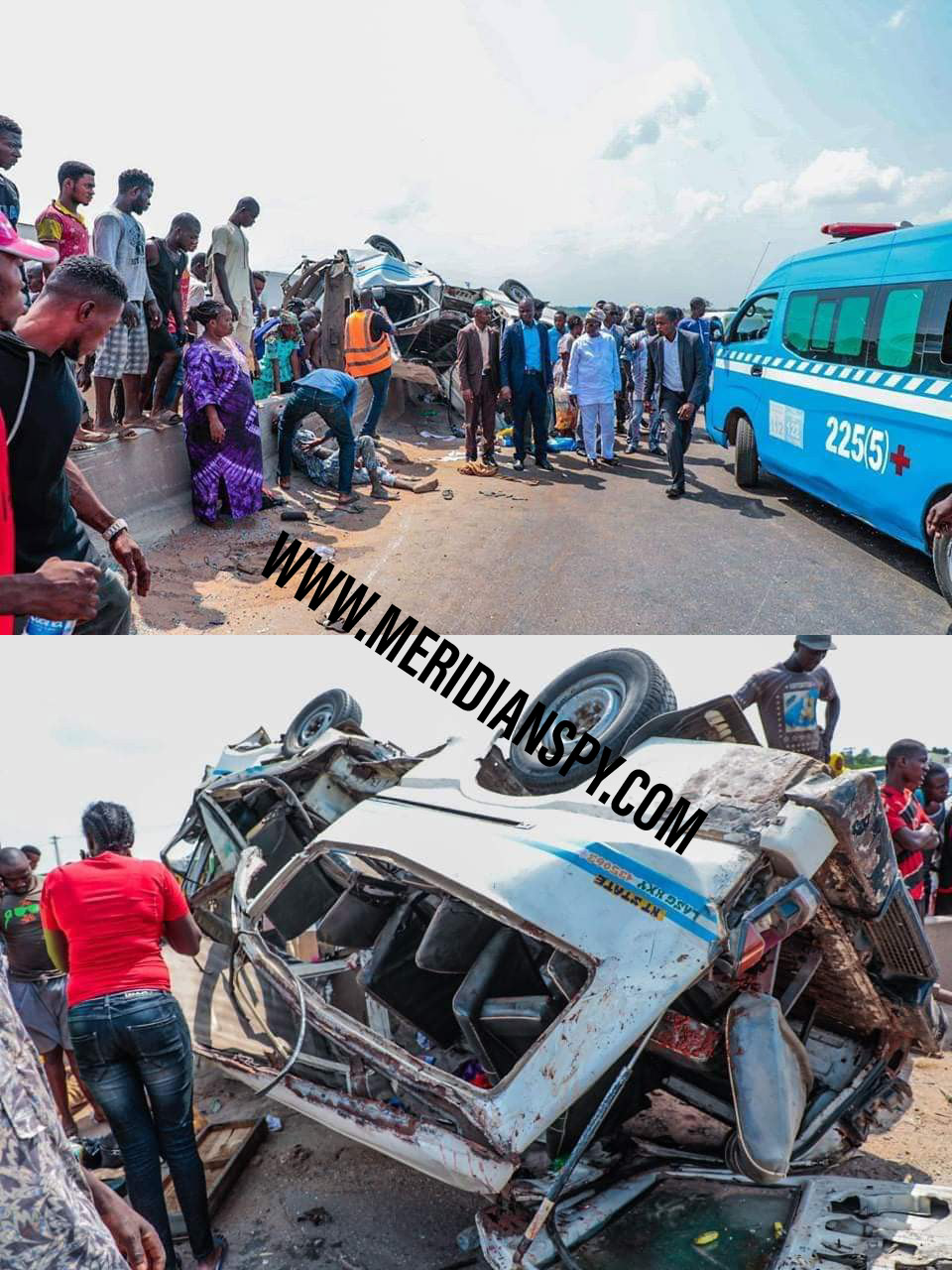 Governor Gboyega Oyetola of Osun State stopped his convoy on Sunday to save some unfortunate accident victims.

The governor came across an accident scene along Sagamu axis of the Lagos – Ibadan expressway while on an official trip.

He and his entourage arrived at the scene of the accident a few minutes after the incident had occurr.

On getting to the scene, the governor alighted from his vehicle and joined the rescue team in efforts to save the affected victims. He immediately called for an ambulance to take the victims to the hospital as part of his intervention efforts.

Report made available to MERIDIAN SPY has it that not fewer than twelve passengers who were affected by the incident sustained various degree of injuries.

The accident occurred at about 12:30pm. It involved a black toyota corolla car and a commercial Mazda 12 seaters bus.The commercial bus which most have failed brake somersaulted after it collided with the coralla car.