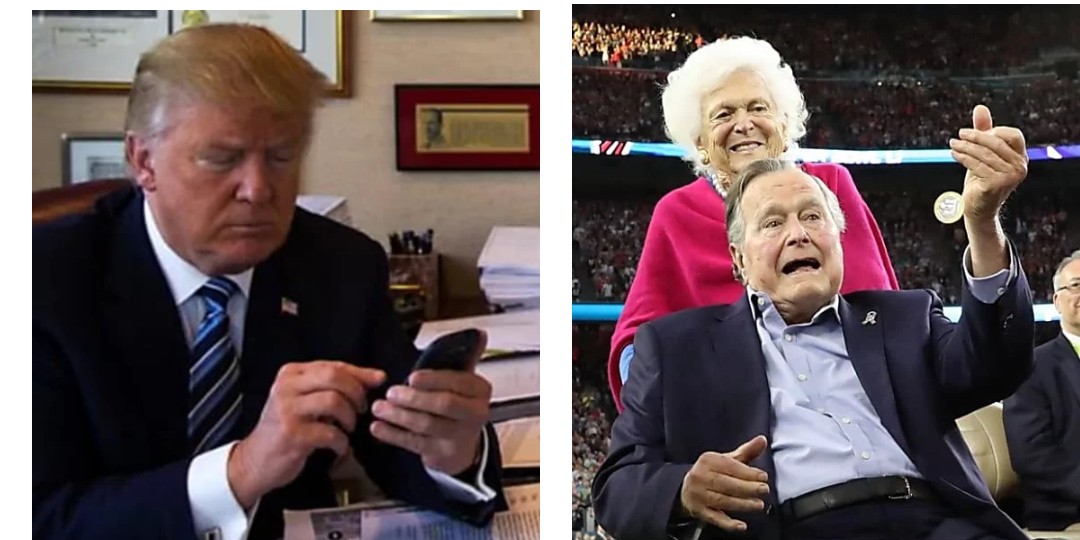 After spending much of his political career attacking the Bush family, Donald Trump plans to attend the funeral services for George H.W. Bush, who died late Friday in Houston.

Details about the services haven’t yet been finalized, but as The Hill pointed out on Saturday morning, the Trump family will attend a state funeral honoring Bush at the National Cathedral in D.C.

The report pointed out that Trump is scheduled to speak with the eldest Bush son and former president George W. Bush on Saturday to “offer his condolences.”

There is no question that both sides of the political aisle lob tough criticism at each other, especially in the heat of campaigns, but Trump has repeatedly waged disrespectful and petty attacks on the Bush family.

During the primary campaign, the now-president took aim at Jeb Bush, saying he was “an embarrassment to his family.” Trump even attacked Jeb Bush’s wife, Columba, by retweeting a Twitter post that essentially called her an “illegal immigrant.”

It’s no surprise, then, that H.W. Bush admitted to voting for Hillary Clinton in the 2016 election. It’s also likely the reason Trump essentially wasn’t invited to former First Lady Barbara Bush’s funeral when she passed away in April.

Ultimately, Trump will only be in attendance because he is the sitting president of the United States, not because he has any deep respect for (or from) the Bush family.

And as usual, Donald Trump will have nothing positive to contribute to what will be a somber occasion.