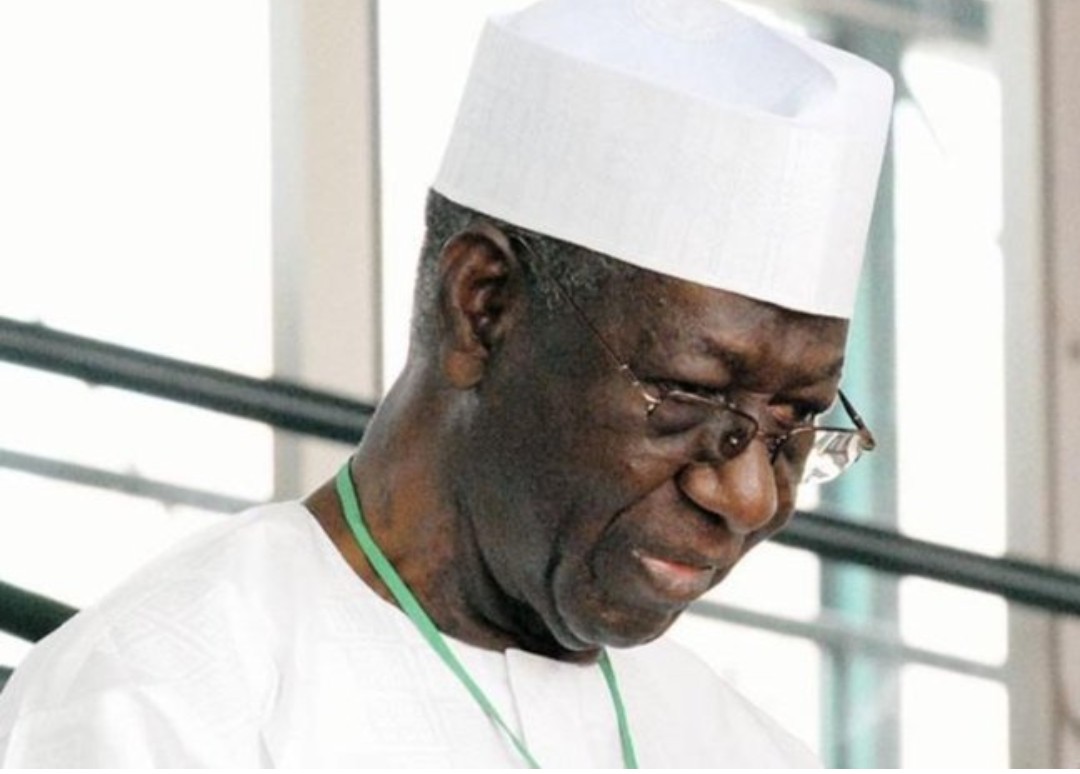 Anthony Anenih, the political leader, chieftain of the Peoples Democratic Party who has died aged 85, was one of the most important figures in the story of Nigeria’s return to civilian rule, and a founding father and a major influence in the party that ruled the country for an unbroken stretch of 16 years. I knew him and was privileged to know him, even more closely, when I assumed office as President Goodluck Jonathan’s official spokesperson and media/publicity adviser.

For four years, we worked together and met regularly. We lived in the same neighbourhood in Asokoro, so it was very easy to pop into the Chairman’s house on my way to work, or on my return journey. His doors were always open, but even more so because he took a very keen interest in the government and the Presidency and it was not before long that I became an errand boy between him and the President. He referred to President Jonathan as his son, even if he did not make a public song and dance out of that. He told me many stories about how the PDP emerged and the journey of President Jonathan to the Presidency of Nigeria.

“This my son, I love him. I want the best for him, but he doesn’t always listen to me”, he often told me. He would now give long stories about how certain persons that should never have been given positions emerged as President Jonathan’s lieutenants. It was not in my place to respond to that. He also often talked about some other pieces of advice that he gave the President. “Can you tell him, I want to see him tomorrow?” Despite his larger than life image, Papa Anenih was a very humble man in the face of authority. Perhaps because of his police background, he understood protocol, hierarchy and authority. He always asked for permission to see the President which was never denied. The President also visited him regularly at home. That was the extent of his influence. But it was not just the President that went to his house to pay homage. Whenever I visited, there was always a long queue of persons who had come to see him. He had the ears of the President. He was the Chairman of the PDP Board of Trustees. He also had the advantage of age, and a reputation that preceded him. He was a power broker, and a Godfather, not just nationally, but also in his native Edo State and the entire South South where he had fought many political battles.

Anenih first came into public consciousness through the old Bendel state chapter of the National Party of Nigeria (NPN) in 1981. President Shehu Shagari who was seeking a second term in office had gone to visit the former military Governor of the Midwestern State, Samuel Ogbemudia, to solicit for support. Ogbemudia agreed only on the condition that Anthony Anenih, his friend, a former policeman who was then Chairman of Yakon Group of Companies would be anointed as the Chairman of the party’s branch in Bendel state. The following day, Chief Tayo Akpata who was the Chairman of the NPN in the defunct Bendel State was removed. Akpata’s exit marked the beginning of the Anenih phenomenon and legend.

In 1983, President Shehu Shagari won the second term election in Bendel state and nationally. Anenih was considered the architect of the victory, at least in Bendel State. He would show up later in the Ibrahim Babangida government as an equally influential political leader. He helped Babangida to fix a few things. In 1992, Anenih further became the leader of the Social Democratic Party (SDP). In 1993, the SDP with M.K.O. Abiola as Presidential flagbearer won the June 12, 1993 Presidential election. That election was annulled. Anenih again re-emerged in 1998 as a deputy campaign co-ordinator for the Olusegun Obasanjo Presidential Campaign Organization. Obasanjo won the election and emerged as President. Given Anenih’s unbroken record of success as a superintendent of electoral issues, he became knows as “Mr Fix It’ – the man who could fix any political problem. In 2002, he led President Olusegun Obasanjo’s re-election campaign for the 2003 election.

Anenih came into solid prominence during the President Obasanjo years. He was a power broker in Obasanjo’s government. His name may not have been known outside Nigeria, but at home, he represented the true and complete incarnation of the politician as a man of action. There were many malicious legends about him, though: they said he “chopped” the money meant for the construction and rehabilitation of Nigerian roads in his capacity as Obasanjo’s Minister of Works, but no one could point to any evidence of criminal conviction. They said he was a political fixer, Mafia-like, so they called him “Mr. Fix-it, but no one could doubt that he was a strong man of influence whose word carried weight. He was a co-fighter in the struggle to establish a democratic order in Nigeria after many years of military misconduct. He was a back-bone to the front-liners. He fixed, so says the legend, whatever needed to be fixed, and he delivered, particularly for President Olusegun Obasanjo: the soldier and the policeman locked in an instructive esprit de corps.

He and President Obasanjo with whom he fought many battles were different in temperament and they eventually clashed, but it is good to recall that whenever they worked together, they complemented each other. Anenih was originally a policeman. Not too many Nigerians like policemen. Anenih retired as a Commissioner of Police, but he probably did more for the police out of office to the extent that his example helped to dispel the pervasive impression that the Nigeria Police is a community of bumblers. He was a solid public figure with a strong voice. He had friends everywhere, not because of the positions that he occupied but because of his belief in the Nigerian project. In a country where persons of minority extraction are often marginalized, Anenih became a standard bearer for the politics of inclusivity. The people of the South South owe him a debt of gratitude for the manner in which for decades, he helped to centralize their cause in the Nigerian conversation. Even if they may not readily admit it anymore, many persons from the South South owe their pre-eminence in contemporary Nigeria to the pathfinder role played by the likes of Anthony Anenih, after Adaka Boro, after Anthony Enahoro, after Ken Saro Wiwa etc.. Anenih’s exit may well create a deep and lasting vacuum, but we can not yet make a final affirmation on the extent and impact of that.

As a private person, Pa Anenih was caring, kind and attentive. I want to explain what I mean by this. There are persons who claim that he was a tough husband and that he had issues in that area. I don’t know about that. Whatever happened in the late statesman’s other room, should not be the focus of our assessment of his place in the larger picture of Nigeria. He is survived by wives and children – they should deal with their private issues, after the passage of their patriarch. My own private experience is that he was a very kind and generous man. He was a gentleman who, in his later years, was most willing to assist every one who crossed his path. He was blunt though. He helped those he thought were deserving of his time and attention.

I recall that he had his own contacts within the Nigerian media, and he always insisted that I should attend meetings of that group because he wanted to use it to assist President Goodluck Jonathan. The first time I attended the meeting some of our colleagues were full of complaints. Papa Anenih waded in. He smoothened the cracks. He re-assured our “very powerful” colleagues. We met now and then thereafter. The most difficult job in the Nigerian government is the management of the media. I was lucky to have had the support, advice and guidance of the likes of Papa Anenih. The progress we made may not have been well appreciated throughout our tenure, but apparently, the Jonathan administration is beginning to look better than good, years after. I want to thank Papa Anenih for the leadership, the contributions and the support that he offered and from which our office benefitted.

I will like to say, however, that the last part of Papa Anenih’s life was perhaps, the moment of his decline. The younger members of the party went to his house to pay homage, but they thought his ideas were dated in the age of technology. This was the case despite the fact that he followed them everywhere at 80 plus and he spoke at every rally. He was strong. He was present-minded. He was energetic. Long before the 2015 elections, he prepared a media campaign strategy document which he asked me to give to the President, and he asked that he would await an opportunity for further discussions. The biggest challenge old men face is that they end up being looked at as dinosaurs. Nonetheless, Anenih attended rallies and helped to mobilize the grassroots. He offered his ideas. I don’t think he got the appreciation that he deserved in his twilight moments. Even his own state Governor undermined him, playing across all fields, trying to grab the space.

Anenih was even accused at a point of anti-party activities in the matter of Imo state. In his own state, Edo State, also, Adams Oshiomhole as Governor and his agents dismissed him and accused him of irrelevance. His harsh critics were wrong then as they are now. For the avoidance of doubt, I am not here to open a can of worms, but to pay tribute and respect the memory of the dead. Anenih’s death on the eve of the 2019 elections is a major loss for the Peoples Democratic Party, for Edo state and for progressive Nigerian politics. We commiserate with the people of Edo State on the passage of their illustrious son, Anthony Akhakhon Anenih, who rose beyond his local beginnings to become a man of nationalistic influence and a Nigerian statesman. When he was around, he made a difference which is what every human being of worth should seek to do. He is now in a place where neither malice nor mischief can reach him. Anenih, the man and the legend has departed. Those who speak ill of him should worry more about the end of their own journey. They should also remember that he left a book behind. He told his own story. So, I say this: Let the living deal with their many debts and agonies. Anthony Anenih played his part… And now: “Holy Father, in Thy mercy/Hear our anxious prayer/Keep our loved ones, now far absent/’Neath Thy care…/So mote it be.” Travel well, sir.