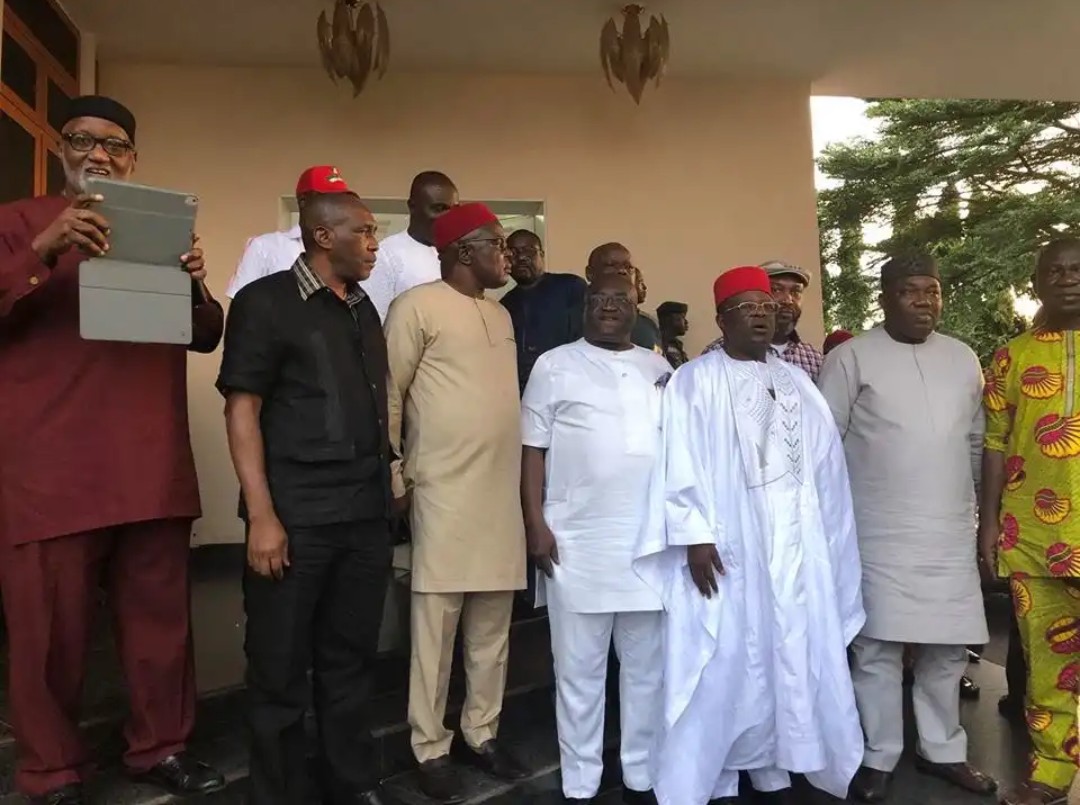 Igbo stakeholders and leaders of the Peoples Democratic Party (PDP) in the south-east have frowned at the choice of Peter Obi as the running mate of the party’s presidential candidate Atiku Abubakar without due consultations.

The meeting which was presided by governor Dave Umahi of Ebonyi state was convened to address the way and manner through which Mr Peter Obi was picked by the 2019 PDP presidential flag bear, Mr Atiku Abubakar.

While addressing ddressing journalists on Saturday evening after an emergency meeting in Enugu, the Chairman of Eastern governors’ forum, Dave Umahi, noted that although the zone had no problem with the slot, announcing it on social media was an embarrassment to them.

Meanwhile, on the other hand, Peter Obi’s loyalists have called on the leaders to back the decision and work together for the party’s victory come 2019.