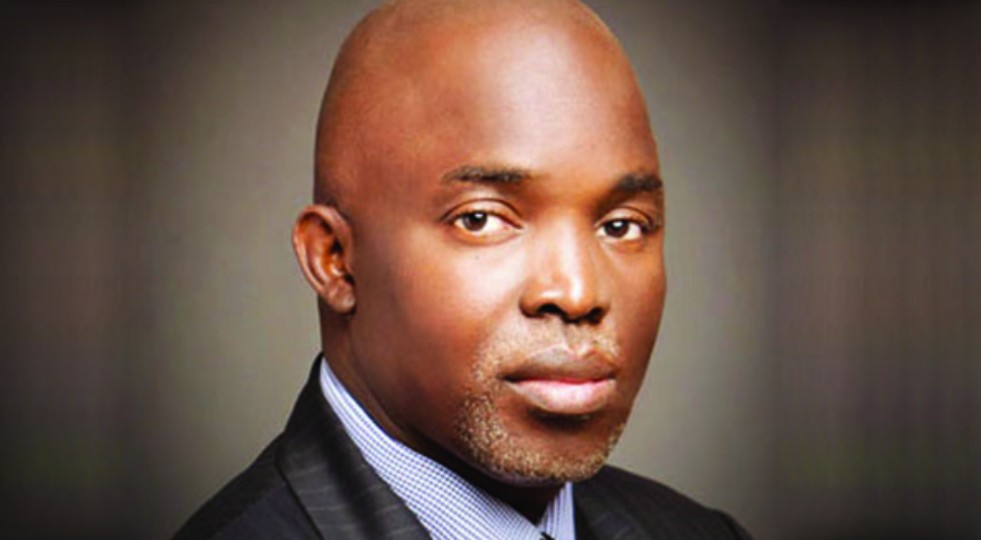 The President of the Nigeria Football Federation, Amaju Melvin Pinnick,says he dedicates the Super Eagles’ 4-0 defeat of Libya in a 2019 AFCON qualifier in Uyo on Saturday to President Muhammadu Buhari.

Saturday’s match was the first in the fresh tenure of the Amaju Pinnick-led NFF, following the elections in Katsina three weeks ago that handed the Board another four-year term.

Alhaji Aminu Maigari, Pinnick’s predecessor and major challenger in the election, was beside the trailblazer and history-maker in the VIP Box at the Godswill Akpabio Stadium on Saturday during the outing.

Pinnick said: “We dedicate this victory to His Excellency, President Muhammadu Buhari for his continued massive support to all the National Teams, the NFF and Nigerian Football generally. The President and his wonderful team take the credit for the conducive environment in which Nigerian Football is thriving.
“I also want to appreciate Governor Udom Emmanuel and his Government in Akwa Ibom State. They have remained pillars of support for the Super Eagles for several years now, and the support of the good people of Akwa Ibom State deserves kudos as well.”

Nigeria shot to second place in Group E of the 2019 Africa Cup of Nations qualifying series after Odion Ighalo exorcised his ghosts with a spectacular hat-trick and the impressive Samuel Kalu added one to condemn the Mediterranean Knights to a 4-0 defeat in Uyo.
Pinnick, who is also the 1st Vice President of CAF, commended NFF’s partners and sponsors, specially praising Official Optimum Partner, AITEO Group, for their huge contributions to all facets of the Nigerian game.