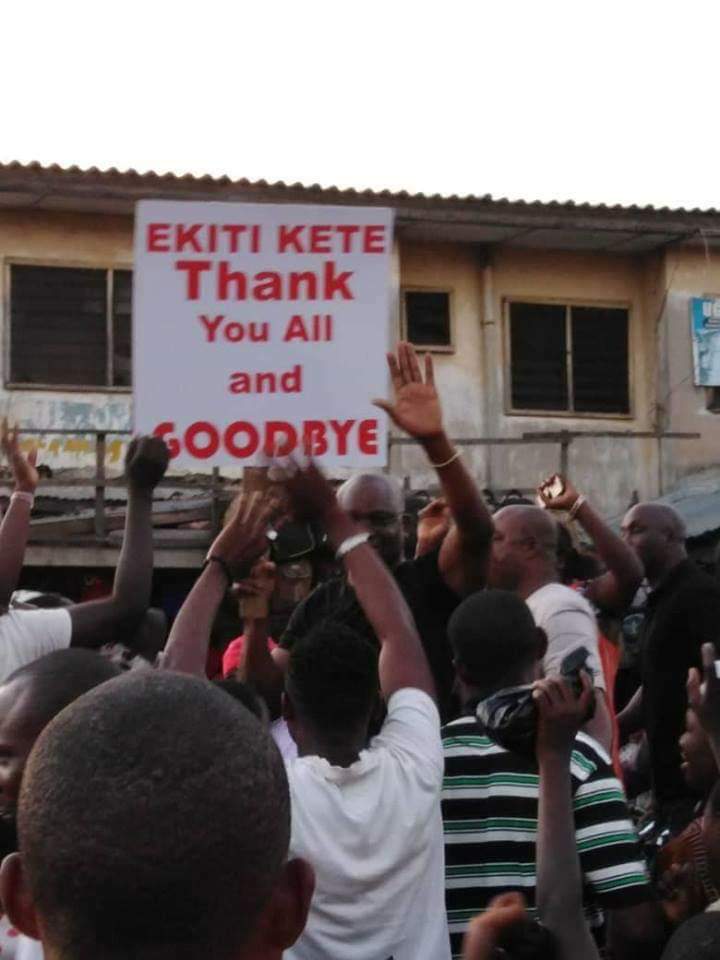 Ekiti State Governor Ayo Fayose on Friday evening handed over the instruments of office to the Head of Service, Dr. Gbenga Faseluka.

Fayose gave the handover note to Faseluka at an emotional special cabinet meeting at the new Governor’s Office in Ado-Ekiti, the state capital.
It was attended by traditional rulers, legislators, senior government officials and party leaders.

The meeting was his last as governor and he may well have said bye-bye to the people of the state, four days to the enthronement of his successor Kayode Fayemi.

Fayose said history would be kind to him the way he managed the resources in trust for the people of the state.
The departing governor said he would be available to answer questions on how he ruled the state anytime he is called upon to do so.
He said: “What has a beginning must have an end.

“It is not the number of years spent but the quantity and quality of achievements.
“I thank the people of the state for their cooperation and urge them to extend same to the incoming administration.

“There should never be a vacuum; our priority in Ekiti must be discharge of our duties.
“I’m a man who came, saw and conquered.
“I can’t finish all, I have done my best.

“History will be kind on me as a man who has given his best to the people.
“I will remember all for your support, I bear no grudges against anyone.”
Thanking the people of Ekiti State for their support, Fayose urged them to cooperate with the incoming administration to take the state to greater heights.