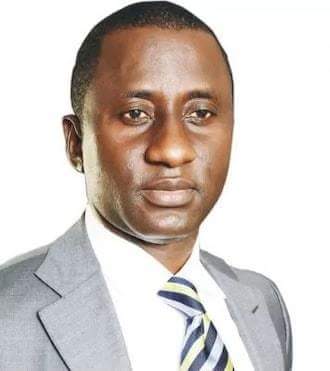 There are apparent indications that the Peoples Democratic Party (PDP) in Abia state has begun a die-minute plot to maintain its acclaimed political dominance in the state against the All Progressive Congress (APC) as against the backdrop of 2019 governorship elections in the state.

The need for the die-minute plot sprouted up last week after the landslide victory of Dr Uchechukwu Samson Ogah at the APC governorship primary election which took place at the state capital, Umuahia.

MERIDIAN SPY has been reliably informed by a very close source to the Abia state governor, Okezie Victor Ikpeazu, of the unexpected political development.

The source however noted that the emergence of Dr Uchechukwu Samson Ogah as the APC flag bearer in the 2019 Abia gubernatorial election was not in any way expected by the PDP power bloc in the state.

He added that the state governor, Okezie Victor Ikpeazu and his political pundits had forecasted that the outcome of the APC gubernatorial primary election would favour one of the aspirants from the Ngwa political extraction of the sate against Ogah who enjoys substantial popularity in the state.

Ikpeazu, and his men had concluded plans on how to dislodge the All Progressive Grand Alliance (APGA) and its candidate, Dr Alex Chioma Otti in the buildup to the electioneering activities, and even at the general election in 2019.

Prior to this development, it had been predicted that the 2019 gubernatorial race in the state would be between the PDP and APGA, considering the acceptability of the latter in the 2015 governorship election in the state.

However, the outcome of the APC governorship primaries a week ago has stirred up a new consciousness for a broader political calculation as to the political parties and individuals who stand a chance to take over the affairs of the state in 2019, another source who is in the know in Abia politics, told MERIDIAN SPY.

Governor Okezie Ikpeazu and the Abia state PDP caucus have been holding a series of close-door meetings since Ogah’s emergence, on the urgent need to go back to the drawing board, on how to tackle their new opponent; Ogah and his party.

As it stands, the fear is no longer coming from the APGA power bloc in the state, but from Ogah and his party, APC, whose tactics to take over the state is still obscure to the ruling party.
Our source also added that APC’s recent victories in Ekiti and Osun states have placed the Abia PDP in a state of great fear.