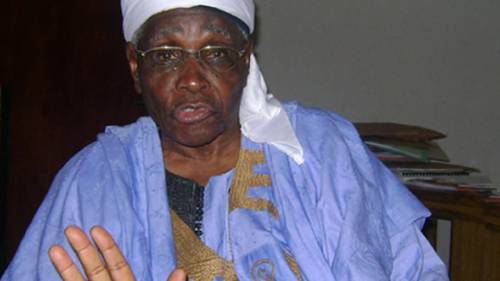 Angola Abdullahi, the Convener of Northern Elders Forum (NEF), says the North is now ready for the restructuring of the country to make it more viable.

Abdullahi told Vanguard in an interview the current Presidential system of government is useless, must be dismantled and replaced with a Parliamentary system.

The former vice chancellor of Ahmadu Bello University (ABU) Zaria, explained that the parliamentary system, with the nation made up of regions, was working and the regions were viable until the military struck in 1966.

According to him, the military’s decision to impose a unitary system of government and subsequent creation of states created more division and negatively altered the nation’s development trajectory.

“I give you an example of my group, the Northern Elders Forum. The forum has advocated this for the past three to four years. Before I even became its leader, our late leader, Maitama Sule, who was a federal commissioner under (Nnamdi) Azikiwe and Abubakar (Tafawa Balewa) was agreeable to the need for Nigeria to really take another look at itself,” said the elder statesman.

“These broken up units, the states and local governments that they said would bring unity, I tell you that even as a journalist if you want to be sincere, you would agree with me that state and local government creation in Nigeria has brought more division than it has brought people together because under the old system, you could perhaps move from your state (Kogi) to pick up a job in Kano but now you cannot move from Kogi to Kwara (formerly one state) to pick up a job because these so-called units have brought more divisions than unity and have brought about more wastage of our limited resources.

“We are a consuming state now rather than a productive state. So, I can assure you that the North, at least from my own perspective and the perspectives of many groups in the North here, is ready to engage in serious discussions as to how to reshape the Nigerian state to something that is better for not only now but also for the future generations that will be coming behind us.

“Today, we may appear to have a federal system of government but we are truly not because these federating units are not viable, they are not functional, they are only functional from one point. Maybe we talk about the even more complicating factor that moved us from a parliamentary that was quite democratic to the current so-called presidential system of government.

“If today I am involved in discussions in terms of how to restructure Nigeria, bring back democracy under a federal system that would allow federating units to take decisions that are largely their own initiatives, then we have to move away from this presidential system and go back to parliamentary (system) because the parliamentary system was working.

“You would not be a minister or a commissioner if you are talking about regions, until you were elected from your village. What is happening here now is totally useless.

“I can assure you that the North, at least from my own perspective and the perspectives of many groups in the North, is ready to engage in serious discussions as to how to reshape the Nigerian state to something that is better for not only now but also for the future generations that will be coming behind us.”