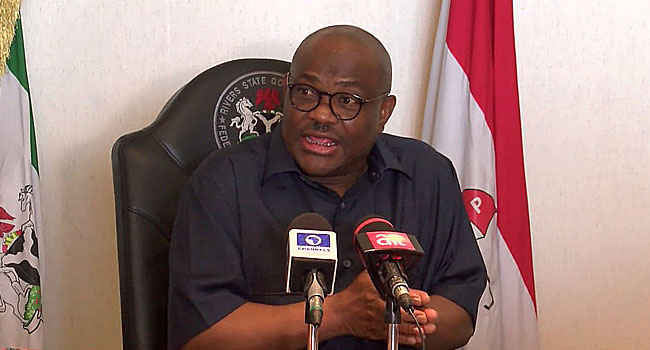 Governor Nyesom Wike of Rivers State has lamented over the current economic and security situation in the country.

Speaking at the inauguration of the Woji Road, and Obagi Road at GRA Phase 2, Obio Akpor local government area of the state, Wike lamented that every facets of life in the country including security and economy have collapsed.

He said the ruling All Progressives Congress (APC) must admit its failure in governance and take responsibility for the insecurity challenges being faced in the country.

“I hear the Progressives Governors Forum saying that there is insecurity. Who is responsible? They should come out openly and say that the party in power has failed,” the governor said.

“Nigerians gave a mandate to APC at the Federal Government level and therefore, they must own up that they have failed Nigerians.

“When there was a problem in this state about the level of kidnapping, I shouted but nobody listened to us. They said it was politics and that we were killing APC people.

“I said when you introduce politics to security the consequences will be great. Now, it is everywhere. Until they come to apologize to Rivers state that they are sorry for what they have done to us, then God will forgive all of them.”