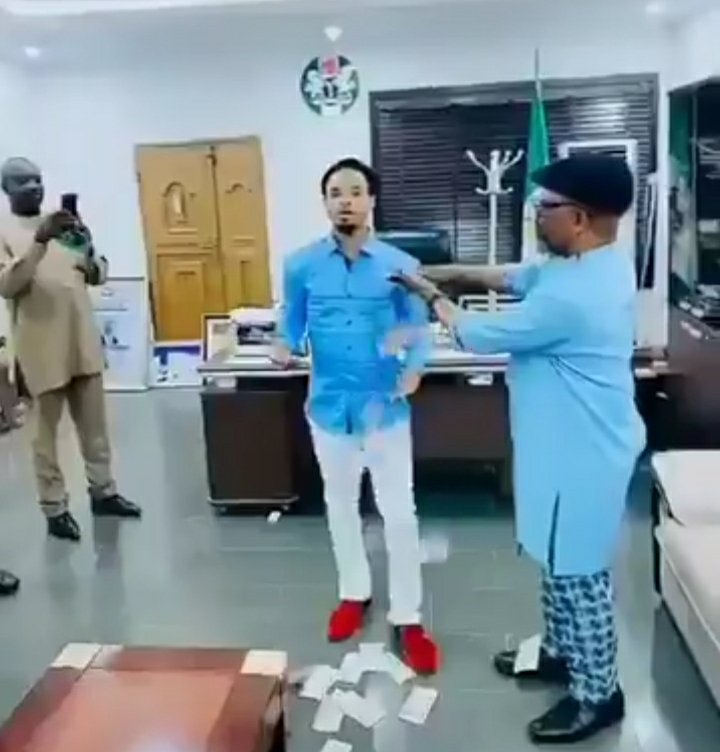 A video of Agbazuere spraying naira notes on Indaboski had surfaced online. The video was reportedly shot in the COS office.

Afer the video had gone viral on social media, Chris Ezem, Secretary to the State Government, announced, in a terse statement, that the Agbazuere has been suspended immediately.

”Abia State Governor, Dr Okezie Ikpeazu, has directed the immediate suspension from office of the Chief of Staff to the Governor, Dr ACB Agbazuere,” Ezem said.