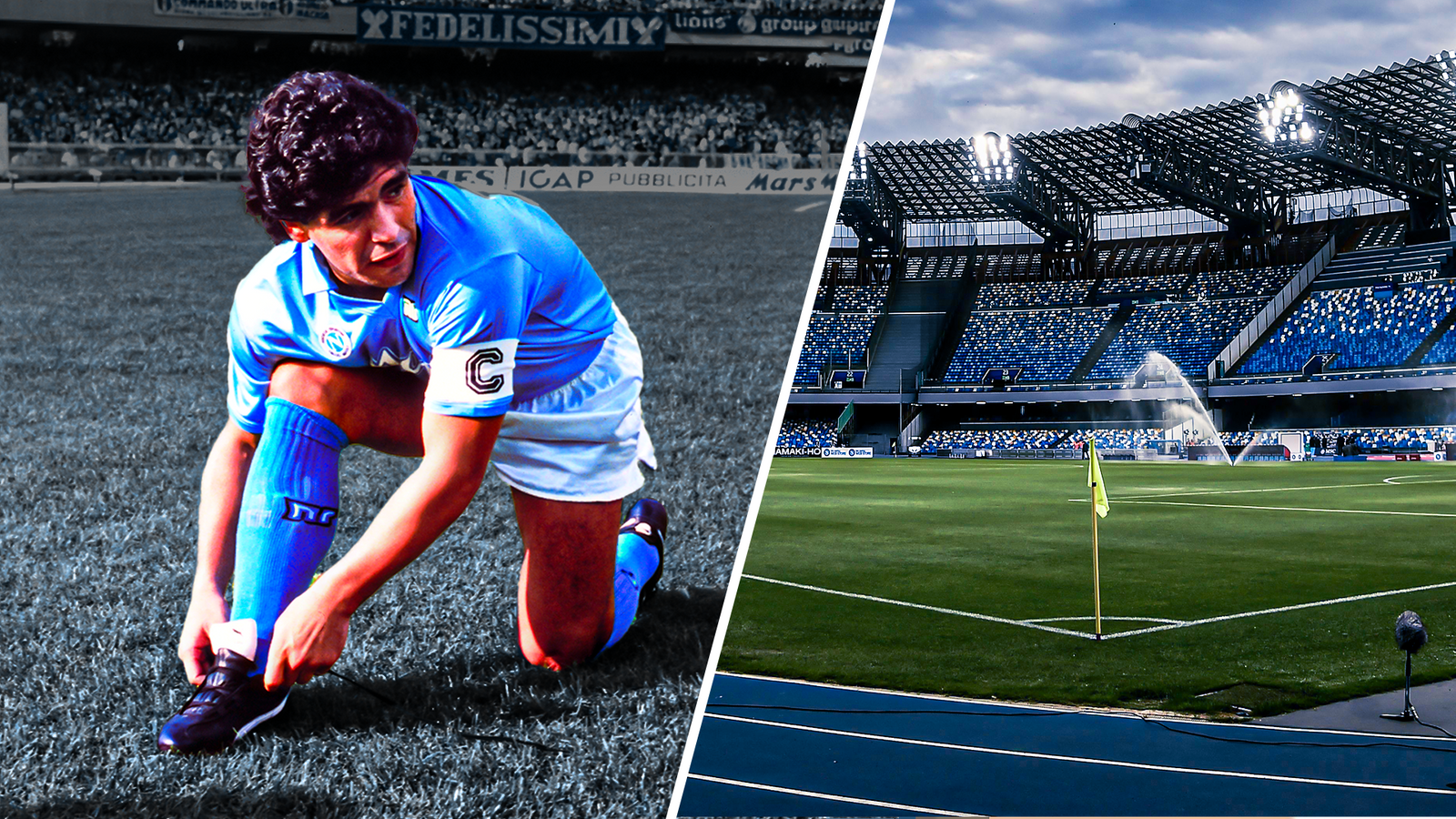 Napoli are considering renaming its San Paolo stadium after late Diego Maradona who died at the age of 60 after suffering a cardiac arrest.

The late Argentine football legend, regarded as one of the greatest footballers of all time, forged a strong bond with the Italian club and its supporters during his seven-year spell between 1984 and 1991.

The forward, who inspired Argentina to World Cup glory in 1986, joined Napoli from Barcelona and won their only two Serie A titles – in 1987 and 1990 – along with the Coppa Italia and UEFA Cup.

Napoli President, Aurelio de Laurentiis confirmed following Maradona’s death that the club will discuss renaming their stadium in his honour, combining its current title with his full iconic name.

Naples Mayor Luigi De Magistris also supported the proposal that the city’s San Paolo Stadium be renamed for Maradona, who scored 81 goals in 188 appearances for the club.

“We are already putting it together this morning, taking the first steps to dedicate Naples stadium to Maradona,” De Magistris said.

“Its a process but it will be a quick process, because when there is such a strong desire there’s nothing that will hold us up.”

The Mayor added: “We’re hoping to make it coincide with the resumption of games with fans.”

Fans gathered outside the stadium, which was lit in memory of Maradona’s time at the club, in the southern Italian city on Wednesday evening.

Tributes have poured in from the world of football and beyond, with three days of national mourning underway in Argentina.