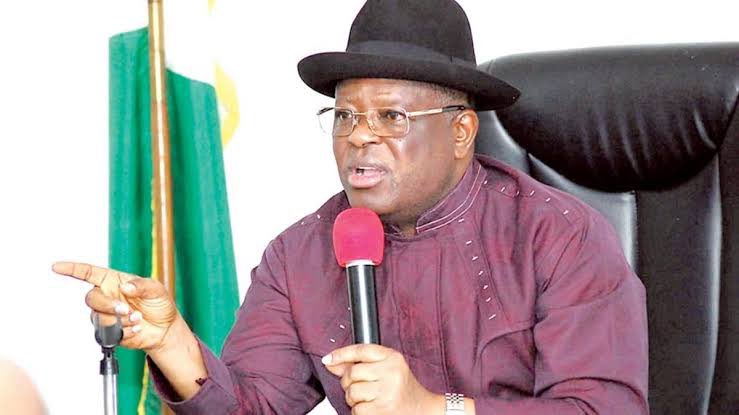 The Peoples Democratic Party (PDP) has reacted to the defection of Governor Dave Umahi to the ruling All Progressive Congress (APC).

Governor Umahi formally quit his membership of the opposition PDP at a press briefing held in Abakaliki, the state capital, on Tuesday, stating that he was forced out of PDP by the injustice done to the South-East by the party since 1998.

He wondered why the party has not zoned its presidential ticket to the region ahead of the 2023 election.

However, countering his statement, the PDP said Governor Umahi left its party for personal reasons “which Nigerians will come to know at the fullness of time”

In a statement signed by Kola Ologbondiyan, PDP Spokesperson, on Tuesday, the opposition party, however, thanked the Governor for his service rendered to the people of Ebonyi in his time in the PDP.

“The Peoples Democratic Party (PDP) says that the Governor of Ebonyi State, Engr. Dave Umahi, left our party for personal reasons, which Nigerians will come to know at the fullness of time,” the statement read.