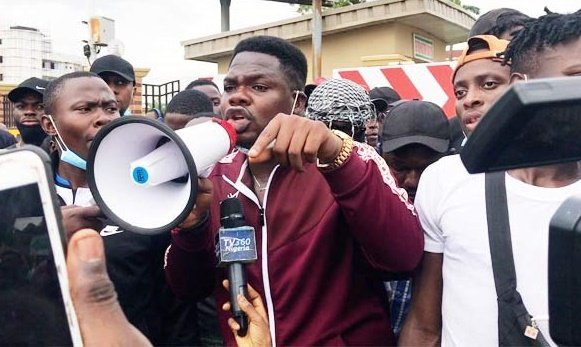 Debo Adebayo, a Nigerian comedian popularly known as Mr Macaroni, has tackled Atiku Abubakar, former vice-president, for describing the Peoples Democratic Party (PDP) as “the best friend Nigeria could have.”

“The @OfficialPDPNig has much to offer all parts of Nigeria, and I urge all Nigerians in all zones to keep faith with a party that has kept faith with Nigeria and will be equitable to all.”

Replying the ex-vice president in his comment section, Macaroni argued that the opposition party is not different from the All Progressives Congress (APC).

The comedian added that the fact that Atiku himself was previously a member of the APC was indicative of the fact that the two major political parties are of the “same circle.”

“The PDP and APC have failed the Nigerian youths woefully!!! All of you belong to the same WhatsApp group!!” he wrote.

“You were APC yesterday, you are PDP today. Same circle!!! You all led us to where we are today and it is a shame!”