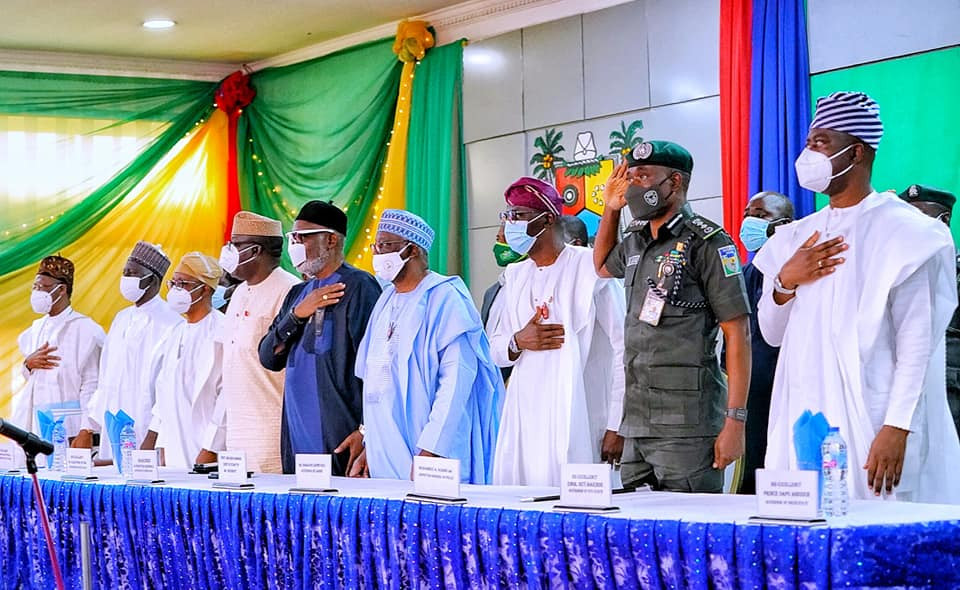 Governors and monarchs in the South-West have declared their support for the regulation of social media by the Federal Government.

The position of the South-West governors and monarchs on social media regulation was made known in a communique released after their meeting in Lagos on Sunday.

The meeting which had in attendance delegates from the Presidency, was centred on the crisis that engulfed many states in the region in the wake of the EndSARS protest.

“We recognise the damaging and negative impact of fake/false news and worry about its destructive and dangerous potency of fake news,” the communique partly read.

“We call on the federal government to use the instrumentality of existing laws and those regulations bench-marked from other countries to provide safeguards against the spread of fake news. 2015 Cyber Act will also be fully used.

“The regime of checks and gatekeeping should be fully employed.”

Monarchs in the region who attended the meeting were the Ooni of Ife, Oba Adeyeye Ogunwusi; Alaafin of Oyo, Oba Lamidi Adeyemi; Alawe of Ilawe Ekiti, Oba Adebanji Alabi, amongst others, were also present at the meeting.