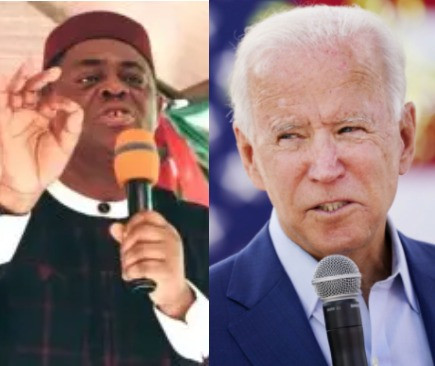 Femi Fani-Kayode, a former aviation minister, has reacted to the election victory of Joe Biden, Democrat candidate, in the United States presidential election.

Biden was projected to be the winner of the US presidential polls by most international mainstream media with CNN even referring to him as President-elect.

Donald Trump, however, refused to concede defeat to his main opponent at the polls and has vowed to challenge the results in court.

In a Twitter post on Saturday, Fani-Kayode who is a stout supporter of the incumbent US President, said Biden’s dreams will be dashed, his victory annulled and his celebration would not last for a long time.

“The blue wave has reached its peak & zenith. The red shall rise, swallow it up & overwhelm it,” he wrote.

“@JoeBiden’s dreams shall be dashed, his “victory” annulled & his celebrations shortlived.

“@realDonaldTrump shall do a 2nd term & the Lord’s name shall be glorified.”

In another series of tweets, the ex-aviation minister noted, “Even Satan thought he won… until 3 days later.

“Meaning Jesus resurrected after three days after he was crucified. It does NOT mean something will happen to Biden after 3 days. Sometimes I wonder how dumb some people can be.

“Point is as follows: even though u have already buried Trump by Jan. 20th we shall see who is sworn in.”