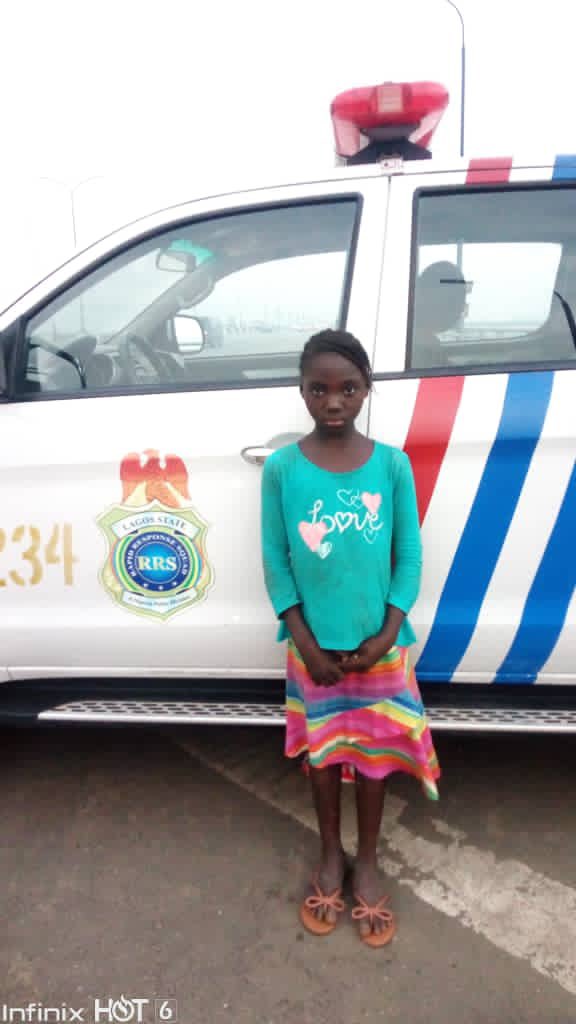 A little girl identified as Aisha Yusuf was found wandering by some police officers on patrol along Third Mainland Bridge in Lagos.

According to a Twitter post by the Lagos State Police Command, Yusuf was found at about 6:30am on Wednesday morning.

The Command who is now in search for the parent of the little girl, noted that she has been taken to Adekunle Police Station in the state.

“At about 6:30am today, our officers on patrol along 3MB came across this little girl, Aisha Yusuf, wandering,” the state Police Command wrote.

“She could barely give any other information asides her name. If you know her relatives, she has been taken to Adekunle Police Station. #TheGoodGuys.”