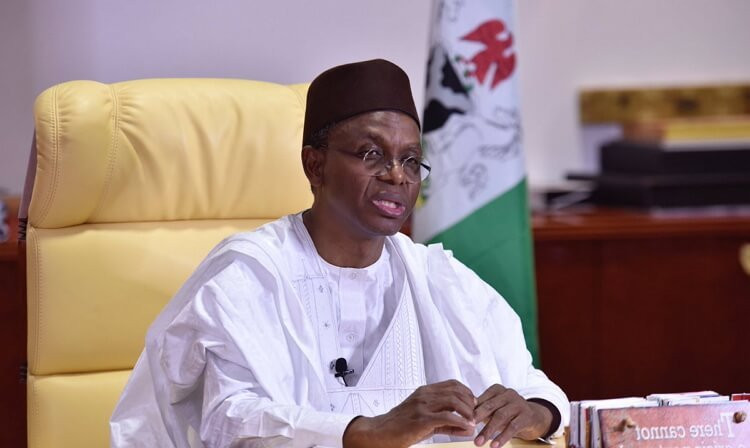 Governor Nasir El-Rufai of Kaduna State has said that restructuring Nigeria in line with the recommendations made by the All Progressive Congress (APC) Committee on True Federalism is a unique Nation-Building opportunity for the country.

El-Rufai who spoke at a public lecture to commemorate the 50th anniversary of Arewa House held in Kaduna on Saturday, said there wwas no more excuse to give but to seize the moment to uplift citizens of the country.

“I will not hesitate to admit that I am passionate about what constitutional framework will best enable the promise of this country to manifest,” said the Kaduna Governor.

“I had the privilege of chairing the All Progressives Congress (APC) Committee on True Federalism with membership across the political and demographic spectrum to lay out our party’s roadmap for our nation’s greatness,” adding that the committee, in its report, defined the values that, in its opinion, promoted and connoted ‘True Federalism’ therefore and proposed a clear roadmap for implementing the recommendations.

“As its report show, the APC Committee on True Federalism produced clear recommendations to strengthen federalism and achieve national cohesion and healthy subnational competition. The committee also made efforts to accelerate the implementation of its recommendations by producing draft bills that incorporate the recommendations either as proposed amendments to our Constitution or our national laws.

“It is a matter for regret that for some reasons, the consequential action by the APC leadership to adopt and implement the report has not happened since it was submitted in January 2018. The urgency of our challenges dictates that we should move fast with a sense of purpose to remove the structural bottlenecks that hobble our country.

“There is very little time left to secure and begin to implement the necessary constitutional amendments. While the report of our committee was well received, some people complained that it was coming too close to the 2019 elections, for a report submitted in January 2018.

“The point here is that our electioneering calendar presents only a narrow window for significant and consequential action to reform the political and structural framework to enable rapid, peaceful and inclusive development of our country. The Committee on Federalism recommended that the federation be rebalanced, with more powers and responsibilities devolved to the states.

“The committee also clarified that the federation is a relationship solely between the states and the Federal Government, and that each state should be allowed to operate the system of local government that best suits its circumstances, culture and diversity. It was the committee’s considered opinion that in a country as diverse as ours one size or structure of local governance does not fit all.

“The Committee’s recommendations also cover how the states can generate the resources that will fund their envisaged expanded burdens, responsibilities and authority. This includes a holistic review of the share of federation revenues accruing to the states and federal government.

“Our report also upheld the derivation principle as a primary component of fiscal federalism and recommended that control of mineral resources be vested in the states who will then pay applicable royalties and taxes to the Federation Account for distribution between all tiers of government.

“To make this work, we proposed and drafted the amendments of extant laws such as the Petroleum Act, the Nigerian Mining and Minerals Act, the Land Use Act and the Petroleum Profits Tax Act. Our report regarded derivation as being applicable as well to hydro-power, solar, wind and other forms of renewable power generation.

“I am firmly convinced that restructuring our current constitutional and statutory framework on the lines proposed by our committee is a unique nation-building opportunity. I am not aware of any significant constituency that is against the idea that states should exercise consequential powers; assume more responsibilities and control resources to enable them deliver better outcomes for those they govern.

“In the last 20-25 years, Nigerian citizens and political groupings have used different registers to convey their demands for a loosening of the centralised arrangements that have increasingly prevailed since the military disrupted our parliamentary democratic order in 1966.

“They have consistently asked for devolution of powers to the states, and see subnational competition as the path to rapid progress. We are all witnesses to the regional competition in the 1950s and 1960s that gave us universities like ABU, Radio and TV stations, stadiums, generous scholarships and affordable yet quality public education.

“The report of our APC True Federalism Committee puts in one place the recommendations, and the legislative amendments to give life to a restructured polity. I, therefore, call on our federal legislators and the National Assembly Ad-Hoc Committee on Constitutional Review to take advantage of our report and initiate the constitutional and legislative amendments in either a piece-meal or comprehensive manner without further delay. Our report and draft bills are all available online. Just Google APC True Federalism Report and download it today.

“We therefore have no excuse not to seize this moment and do the heavy lifting for our country and our people. It is in our hands to make the structures, laws and constitutional arrangements in our country conducive to modern governance that will ensure our nation thrives in the 21st century.

“We must move from a century of being ‘a nation of great potentials’ to summoning a determined national effort to achieving near-developed country status. Singapore, South Korea and China did it in a generation. Rwanda, Botswana and Ethiopia in Africa are well on the way. Why can’t we do the same? Our progress is in our hands.”