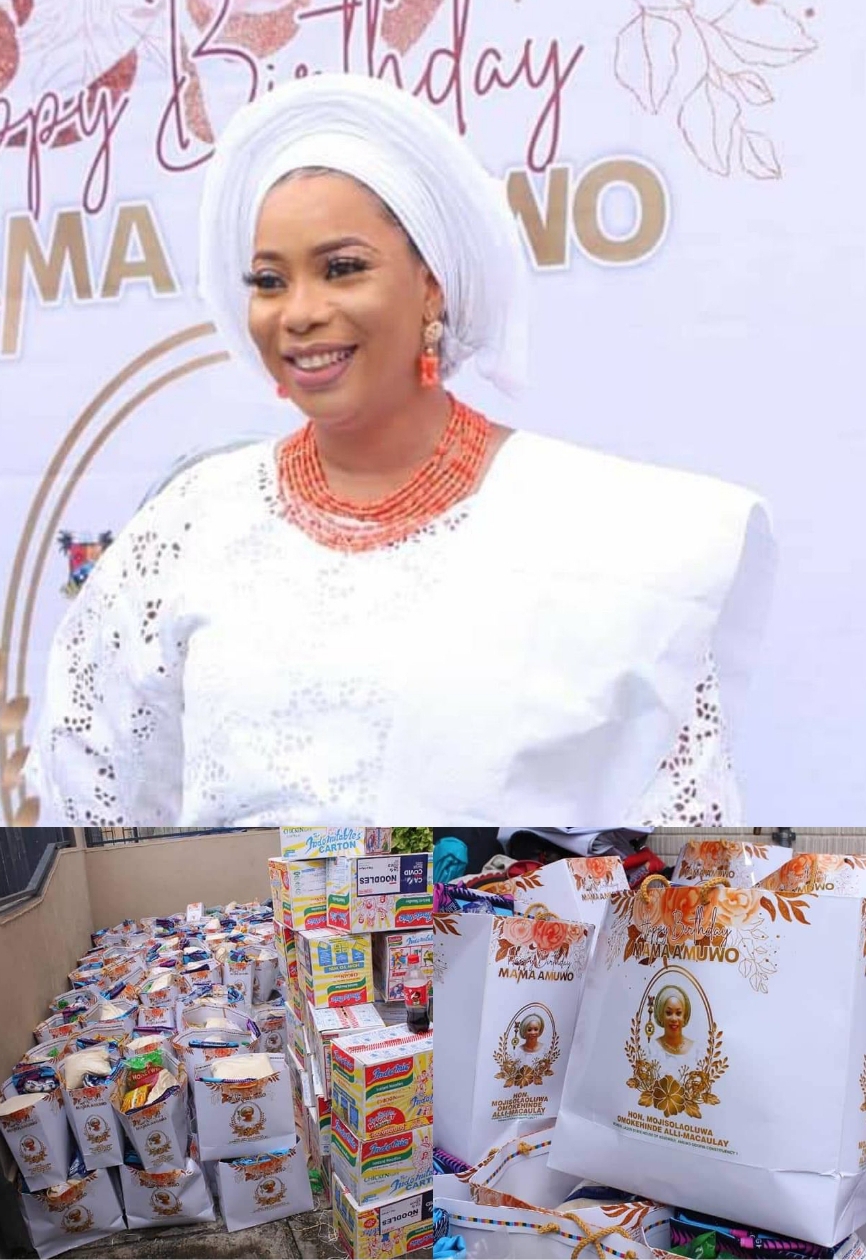 Nigerian politicians, who hijacked the distribution of palliatives to Nigerians during the lockdown, diverted it for personal use and distribution to their cronies and party members.

Speaking at the floor of the Assembly, Alli-Macaulay said most of the youth are high on drugs and that is part of the problem that led to the destruction and vandalisation of properties in the state.

“It is unemployment that should be the bane or the reason why youths should misbehave, there are unemployment in so many countries of the world, even in the United States.

“Even if as graduates, what stops you from becoming a designer or a professional tiler and make a brand of it. There is no excuse for being a hoodlum.

“They are high on drugs all the time, most of them. They go to social media to do all sorts of things,” she said as part of her submission.

Few hours after her submission, Alli-Macauley was exposed to have used palliatives donated by the Coalition Against COVID-19 (CACOVID) to celebrate her birthday.

In pictures exposing the lawmaker that has now gone viral on social media, the package distributed by the lawmaker contained foodstuffs – noodles and garri – part of what was meant to be shared to poor and vulnerable Nigerians as relief during the lockdown.

Reacting to the picture leak, Nigerians slammed the lawmaker, saying she lacks the moral right to brand them as drug addict while she diverts palliatives as birthday gift.

The fact that you even thought of tiling jobs for graduates.”

“Dishonourable Mojisola Alli Macaulay who said Nigerian youth are always high on drugs in Lagos House of Assembly is actually an ALOOTER. These are CACOVID palliatives she used as souveniers during her birthday some days ago,” @Scizo4real tweeted.