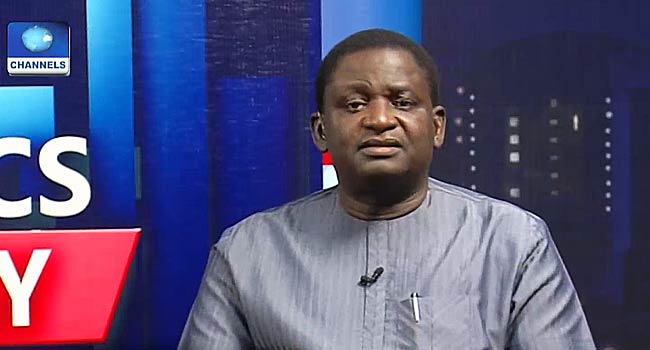 Femi Adesina, Presidential Media Aide, says poverty was not responsible for the widespread looting of public and private property witnessed in some parts of the country but due to the chaos that trailed the ENDSARS protests.

Adesina said the crisis that followed the protest gave opportunity for the looters to carry out their actions.

The Presidential Media Aide stated this when he featured on Sunrise Daily, a Channels Television programme, on Thursday, monitored by The Cable.

“Just as you cannot justify armed robbery because a man was poor and took a gun to rob another person, you can’t also justify the lootings going on because it is pure criminality. My view is that it is not everybody that is hungry that engaged in that looting. This is the truth, it is greed and pure criminality.

“Criminality will always be criminality and anarchy promotes criminality. What has happened in the past two or three weeks led to what is happening now. If there was cohesion and tranquility in society, this would not have happened. Therefore, it is corollary to the near anarchic situation that came on the country because of the protest.

“If you did not have people burning police stations, killing policemen, burning private and public property, you won’t have this kind of looting. That means those same people will be in society and will find ways to eke out a living but because the situation was created for near-anarchy that is why you have this.

“So, I don’t agree that it is all about poverty. Yes in any country, you will have people that are poor, hungry…that is one of the reasons you have government to ensure that the number of the poor reduces progressively.

“So this crowd of people you see going to loot are not necessarily hungry or angry; they are taking advantage of the collapse of law and order that came as a result of the protest.”