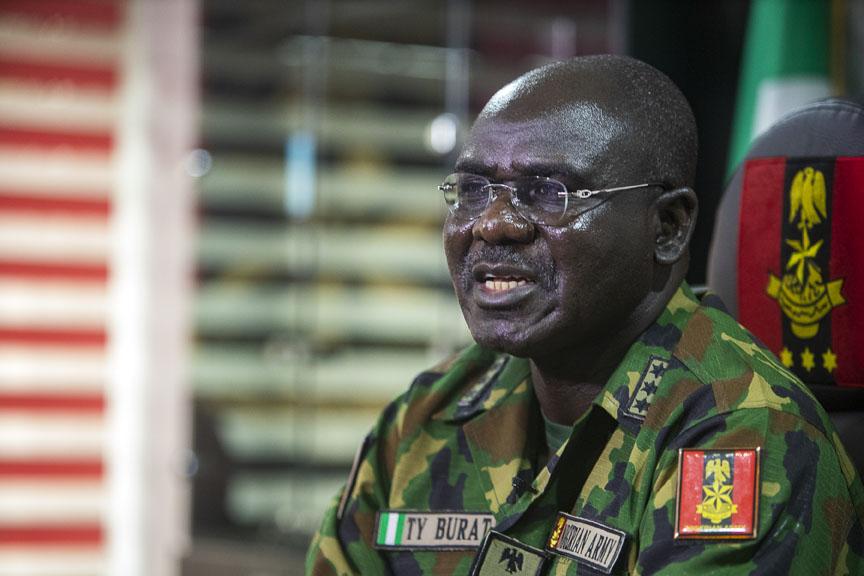 After initial denial by the Nigerian Army that its officers were not at Lekki Toll Gate, Lagos, where peaceful protesters were shot and killed last Tuesday, the military has come out to say its officers were only ensuring compliance with a curfew put in place by Lagos State governor, Babajide Sanwo-Olu, earlier that day, Sahara Reporters reports.

The Nigerian Army has now said its officers were simply ensuring compliance with the curfew put in place in Lagos State.

In a statement credited to the Chief of Army Staff, Tukur Buratai, the Acting Director of Army Public Relations, Sagir Musa, said some people were trying to discredit the military and Nigerian Government.

Though Musa did not make direct reference to Tuesday killings at Lekki, he said, “Detractors both local and international have mischievously and deliberately misrepresented troops’ efforts to ensure compliance with the curfew imposed by legitimate civil authorities in Lagos and other states.

“These agitators are falsely accusing the NA of being responsible for the activities of the miscreants despite glaring evidence to the contrary.”

He also decried that the detractors are threatening to report the Nigerian Army to the International Criminal Court and also impose a visa ban on them from foreign countries.

“Criminal elements are threatening us with travel ban but we are not worried because we must remain in this country to make it better.

“The first time I travelled outside this country, I was already 50 years and a general, so I don’t mind if I live the rest of my life here,” Buratai said.

SaharaReporters had revealed that the soldiers involved in the attack on peaceful protesters were deployed from 65 Battalion, Bonny Camp, Victoria Island, Lagos.

They came in two Hilux vans with at least eight bodies. Some were still alive when they returned. They dumped them at MRS Hospital. They told us clearly that it was Governor Sanwo-Olu that sent them,” a brother to one of the victims told SaharaReporters.

Contrary to the denial by the Lagos State governor, Babajide Sanwo-olu, that he knew nothing about the killing and maiming of peaceful #EndSARS protesters at the Lekki Toll Gate area of the state by personnel of the Nigerian Army, soldiers involved in the operation have since confirmed that they were actually drafted in for the mission on the request of the governor.