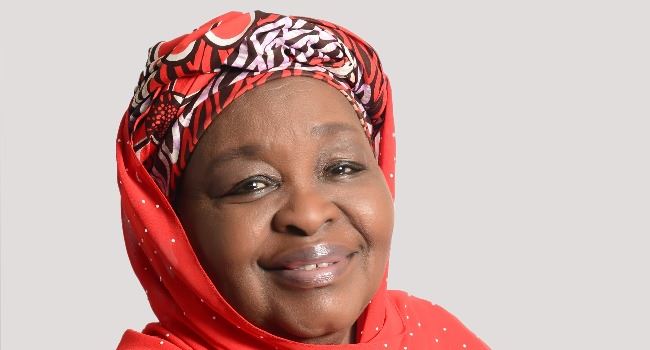 The Nigerian Association of Chambers of Commerce, Industry, Mines and Agriculture (NACCIMA) has lamented the level of looting and destruction of properties by some rampaging hoodlums across some states in the country, following the shooting of ENDSARS protesters in Lagos.

In a statement issued on Friday, titled ‘An Urgent Call for Calm and Frank Dialogue to End #EndSARS Crisis and Ongoing Violence’, Hajiya Saratu Aliyu, NACCIMA president, noted that properties worth billions were lost to the looters and arsonists who took advantage of the crisis situation.

Aliyu, however, called for an end to the involvement of the military which it says was responsible for the eventual violence that pervaded some part of the country, adding that such destruction witnessed could make Nigeria less investment-friendly.

“Unfortunately, a hitherto peaceful, legitimate protest has been hijacked by thugs and miscreants, resulting in attack on businesses, destruction of government properties, burning of police stations and correctional centres to free prisoners,” she noted.

“We must work with others to put an end to the violence and lawlessness we are now witnessing.

“We are equally concerned about the deployment of military forces to confront the protesters, which resulted in unsavoury consequences as witnessed, especially at the Lekki Toll area in Lagos recently.

“We are therefore calling for an end to the involvement of the military in current situation. The impact of the crisis and wanton destruction of property as being witnessed is clear for all to see. Billions have been lost in arson and looting going on.”

The NACCIMA President further observed that swift agreement on the original five-point demands of the youths and dissolution of the Special Anti-Robbery Squad is an indication of what could be achieved by means of amiable dialogue on several contentious issues.

She enjoined members of the association all over the country to engage opinion leaders and other stakeholders in their states with a view to making moves that could help check the violence.