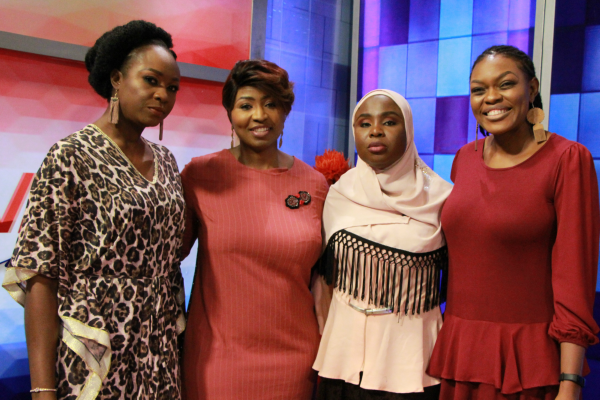 Morayo Afolabi-Brown, host of TVC’s flagship programme, YourView, has said the ladies of the show are proud that they spoke truth to power.

However, before the station went off air, the ladies of the programme who were live at the time, reacted in strong terms, condemning the shooting on unarmed ENDSARS protesters in Lekki Toll Gate, allegedly by Nigerian soldiers.

Reacting after the station was torched via her official Facebook handle, Morayo noted that she anticipated the Wednesday’s show would be her last, adding that either they would be fired by the management or come under attack by Nigerians.

She, however, added that even though one of her expectations eventually occurred, she was glad that the ladies of the show would go down in history as one of those who did not back down to pressure against slamming the government for their wrongdoings.

“Many have asked this question today. The truth is, we understood our responsibility to our audience to speak,” the media personality wrote.

“I told the ladies yesterday (Tuesday). I said, ‘Tomorrow’s show (Wednesday) is likely to be our last show for many reasons.’ I said, ‘we may be attacked or even fired but we must speak the truth to power.’

“I’m so glad I said these words because one of it actually happened.

“It will go down in history that when the chips were down, the ladies of YourView did not back down. We spoke up. I’m glad we did. God bless the new Nigeria of our dreams. #anewnigeria.”