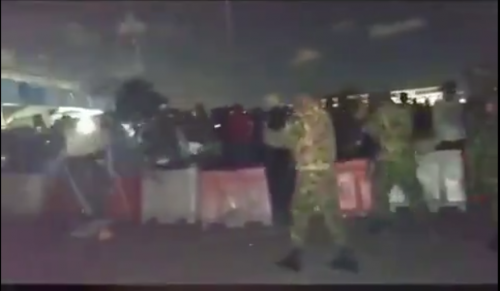 Amid viral video evidences revealing shootings directly at peaceful ENDSARS protesters at Lekki Toll Gate in Lagos State, the Nigerian Army has denied involvement in the attack which has led to the death of some demonstrators and others sustaining varying degrees of injuries.

Reacting to several media reports of the killings of the peaceful protesters hours after the incident occurred on Tuesday, the Nigerian Army, branding it as fake news, said none of its personnel were at the scene.

“No soldiers were at the scene,” the Nigerian Army said via its official Twitter handle.