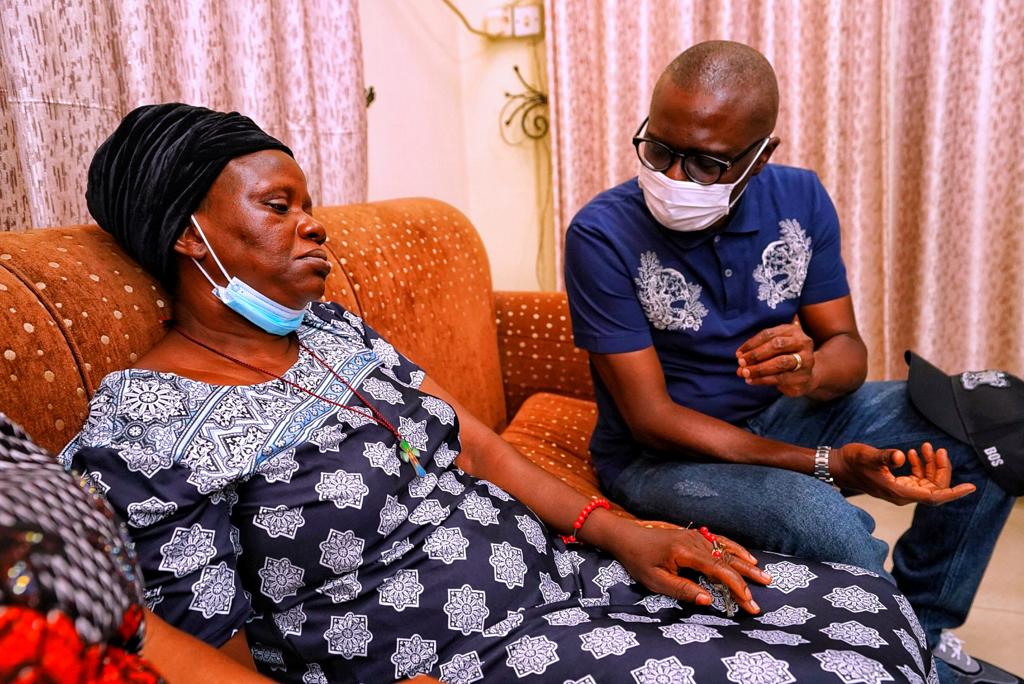 Governor Babajide Sanwo-Olu of Lagos State has paid a condolence visit to Mrs Ngozi Iloamauzor, the bereaved wife of Ikechukwu Iloamuzor, a 55-year-old man allegedly killed by a stray bullet during the ENDSARS protest in the state.

The deceased who was said to be a driver, was found dead on Monday after some police officers shut at protesters demanding an end to police brutality in the state.

Sanwo-Olu who visited the bereaved widow at her residence on Saturday, said he was close to tears but his “words to her were of strength and self care”.

He said the state will support and hopefully make her life easier, while assuring her of justice for the death of her husband.

“There are no words I could have said to Mrs Ngozi Iloamauzor today that can make up for her loss, but as governor, I had to take responsibility,” the Lagos Governor noted on Twitter.

“As a human being, I was close to tears but my words to her were of strength and self care. We will work to provide justice for her.

“As a state, we will also support and hopefully make her life easier.

“The state Attorney General, Mr Moyosore Onigbanjo SAN joined me for the visit and he will be providing me regular updates on the case.”