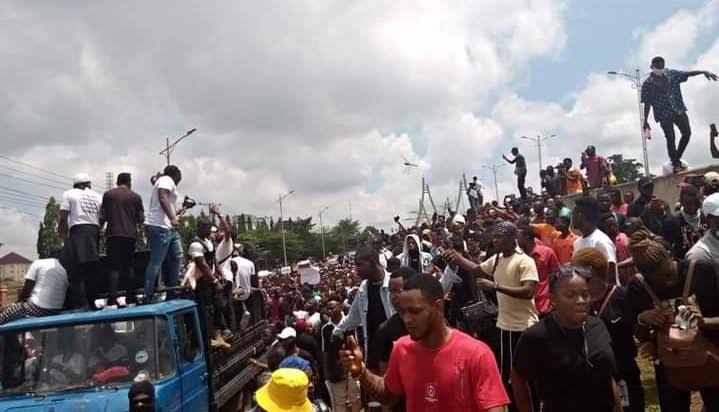 Despite the order by Mohammed Adamu, the Inspector-General of Police (IGP), against the use of force on protesters, some police officers were said to have open fire as ENDSARS protesters march to the headquarters of the disbanded Special Anti-Robbery Squad (SARS) in Anambra State.

The protesters had converged at Awka, the state capital, on Friday, from where they moved to the disbanded SARS office to demand the shut down of the facility.

The Akwuzu SARS office, led by one James Nwafor, has been accused of gross misconduct, arbitrary arrests, torture and extra-judicial killings.