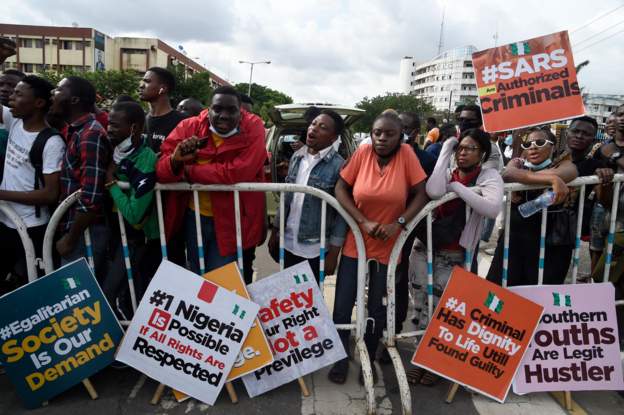 Some suspected thugs have attacked Nigerians protesting against police brutality and demanding reforms in Alausa area of Lagos State.

This is coming less than 24 hours after similar attack occurred in Abuja, the nation’s capital.

The protesters gathered at the Lagos State House of Assembly to barricade Lagos/Ibadan Expressway and prevented vehicular movement on the expressway on Thursday morning when the hoodlums, wielding dangerous weapons attacked them.

Some of the protesters, however, took to their heels for fear of been injured in the attack.