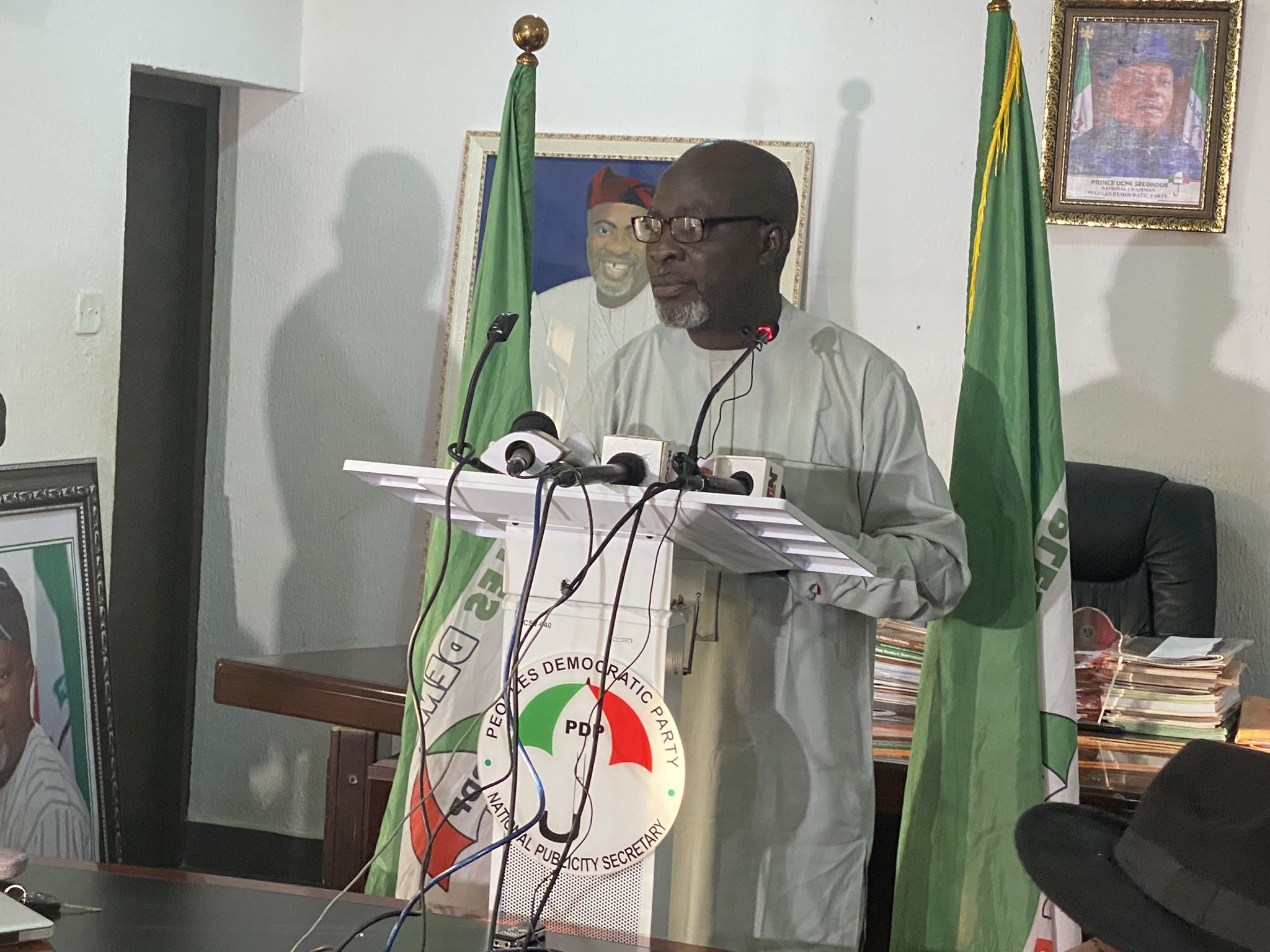 The Peoples Democratic Party (PDP) has given reasons why it is yet to congratulate Governor Rotimi Akeredolu of Ondo State on his re-election victory in the recently concluded governorship polls in the state.

Recall Mai Mala Buni, Kebbi State Governor and National Caretaker Committee of the All Progressive Congress (APC) had, in a press conference, asked the PDP to congratulate its candidate who won the polls in the state.

But, responding in a statement on Monday, Kola Ologbondiyan, PDP Spokesperson, described Buni’s request as ludicrous and absurd “in spite of his awareness that the internal mechanism that produced his party’s candidate, as presided over by him, was faulty”.

“Nigerians already know that the emergence of Governor Mai Buni in the national leadership of his party is a subject of litigation and as such his nomination of any candidate for the election is seen, even among his party members, as a nullity until the court says otherwise,” Ologbondiyan added.

“It will therefore be pathetic for Governor Mai Buni to attempt to use the PDP to build something on the nothingness of his position in his party. The PDP is too structured as a party to be used by anybody, under any guise, in that regard.

“Perhaps, Governor Buni is not aware that information available in the public space and to the PDP showed that a very top-level management official of the NNPC, through a northwest governor elected on the platform of the APC, diverted huge amounts of money, in dollar, from our nation oil resources to fund vote buying in the Ondo election.

“Instead of begging the PDP for congratulatory message, Governor Buni should rather speak to this disturbing stealing of oil money to fund his party’s vote buying at the expense of Nigerians who are bearing the brunt of increase in the pump price of fuel and corruption in the oil sector under the APC.”

The PDP Spokesperson, however, said the party’s position on the outcome of the election will be made known in due course.

He further urged President Buhari to take steps “that will accelerate the amendment of the Electoral Act, which was stalled following his failure to sign the amended Act of the National Assembly in 2019”.