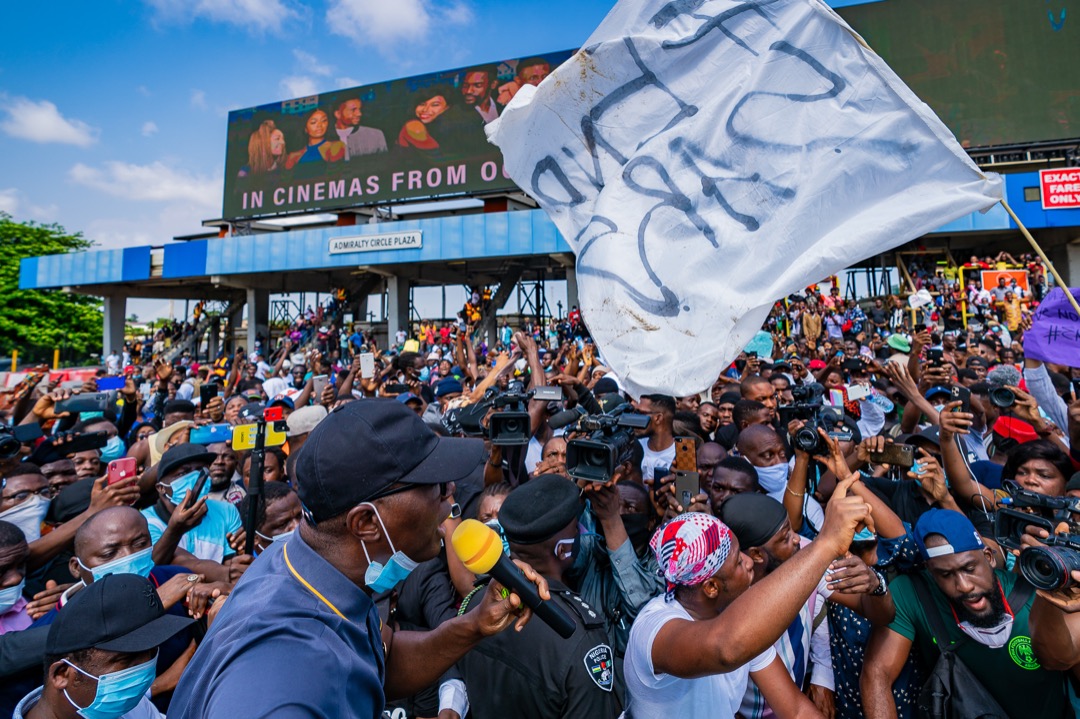 Babajide Sanwo-Olu, Lagos State Governor, has appealed to protesters in the state calling for a reform of the Nigeria Police to halt their demonstration tomorrow to enable the government take the necessary steps towards their demand.

Governor Sanwo-Olu made the appeal while addressing the large crowd of protesters on Monday, assuring that those who were arrested during their demonstration will be released tonight.

The Governor equally mourned with families of those who have so far been killed in the protest, including the recent casualty in Surulere area of the state.

He added that he will meeting with the President, Muhammadu Buhari in Abuja on Tuesday concerning the several issues raised against the conduct of the security operative

“I was at the venue of one of the #EndSARS protests today. The safety of everyone involved in peaceful protests across Lagos is important and communicating with the CP, this is what we want to guarantee on all sides,” he said.

“Tomorrow, I will be meeting with HE Pres. @MBuhari in Abuja. As a servant of the people, my job is to listen and do everything within my power to act while managing the nature of the problems our people are protesting against. I am proud of our youth and the courage they are displaying in articulating their grievances.

“I identify wholeheartedly with the #EndSARS campaign as it touches the essence of democratic freedom. Citizens must never be denied the right to protest and your voices have been heard.

“A clear pronouncement has been made and Mr. President has addressed the nation. All SARS officers involved in the killing of innocent people and engaging in the abuse of human rights will be brought to justice.

“My stand on #EndSARS is unmistakable and I assure you that I identify with this protest because your concerns are legitimate. The protest is in good faith but we have to be peaceful and decorous in expressing ourselves.

“I have received the news of casualties at the Surulere protest as well as other developments we are monitoring. We mourn with the families of those who have lost their loved ones.

“Please do not allow your protest be hijacked and used by people with a pre-existing vendetta.”

“We must prevent the escalation of issues and I am meeting with the Lagos CP and other security leaders in a few minutes to ensure that live rounds that could lead to further casualties are not used at all as the police looks to maintain peace during the protests.

“I want to appeal to the protesters to take a break from protesting tomorrow. Tempers are at a highest on all sides at this time and while we work to prevent escalation, the safety of our residents is paramount. I speak not just as a governor, but as a father, brother and son.”