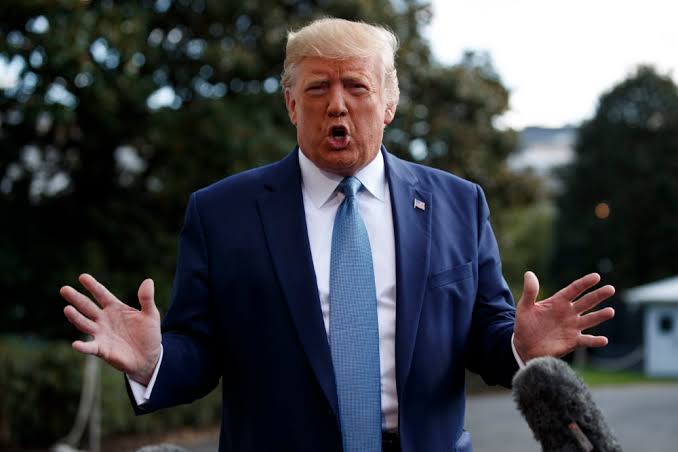 Donald Trump, incumbent United States President, has said he will not participate in a virtual debate with Joe Biden, presidential candidate of the Democrat.

A new format was announced by the debates commission in which each candidate will appear at remote locations.

But, in an interview with Fox Business Network’s Maria Bartiromo, on Thursday, Trump said the new virtual format announced by the Commission on Presidential Debates was not acceptable to him.

“I’m not going to do a virtual debate,” he said.

Bill Stepien, Trump’s 2020 campaign manager said in a statement that “President Trump won the first debate despite a terrible and biased moderator in Chris Wallace, and everybody knows it, Aljazeera reports.

“For the swamp creatures at the Presidential Debate Commission to now rush to Joe Biden’s defense by unilaterally canceling an in-person debate is pathetic. That’s not what debates are about or how they’re done,” Stepien, who also tested positive for COVID-19 earlier this week, said.

The commission said that the debate, planned on October 15, would see the audience, who typically ask the candidates questions in the town-meeting format, and moderator Steve Scully would gather in one spot in Florida, Miami’s Adrienne Arsht Center for the Performing Arts.

The decision was made “to protect the health and safety of all involved,” the commission added.

Last Thursday Trump tested positive for COVID-19, raising concerns that during the first debate on the preceding Tuesday he had infected Biden and moderator Chris Wallace. Biden has tested negative