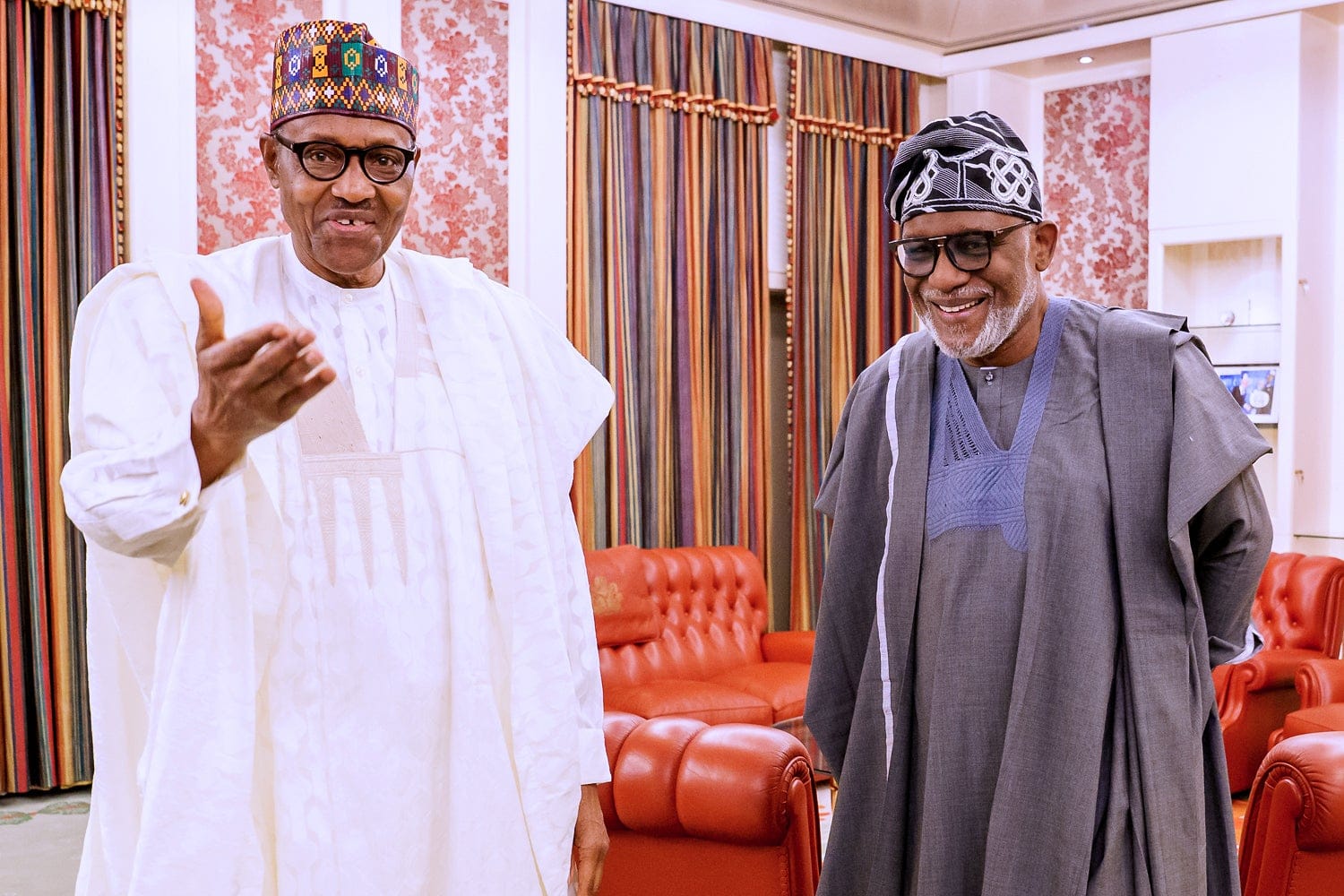 Ahead of the governorship election in Ondo State, President Muhammadu Buhari has heaped praises on Governor Rotimi Akeredolu for his performance in the state.

In his message at the All Progressives Congress (APC) final campaign rally in Akure, President Buhari described Governor Akeredolu who is seeking re-election in the polls scheduled to hold Saturday, as a good brand for the APC to market to the electorate.

He said the incumbent Governor deserves to be re-elected to consolidate on the good works of his first term.

“I have no doubt that our candidate is a good brand for the APC to market,” the President said.

“I am particularly delighted by his original approach to governance. His performance within the limits of available resources is endearing.

“He has taken the state to a new level and on the path of prosperity. I inaugurated some of the projects executed by his administration which are enduring legacies.

“Today, I declare that Akeredolu deserves to be re-elected to consolidate on the good works of his first term.”

President Buhari, however, assured the electorate of adequate security to ensure a peaceful, transparent, and fair election.

He also praised the APC family for their uncommon display of brotherliness and unity, stressing that the collective desire of party leaders to entrench democracy accordingly was regarded as the basic ingredient to electoral process.

“It is my hope that the electorate will follow laid-down rules and regulations in accordance with the laws guiding the electoral process,” the President added.

“I wish you all successful and peaceful election. Vote right, vote wisely, vote for continuity and progress, vote APC.”