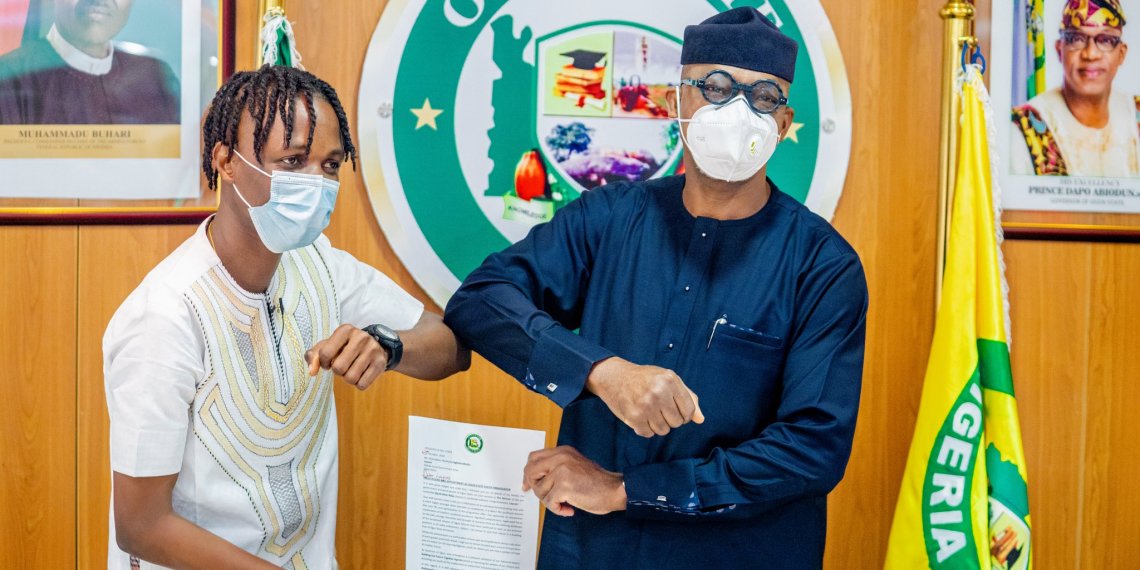 Aside appointing him as ambassador of youth, Governor Abiodun who hosted Laycon; an indigene of the state, on Tuesday, also rewarded him with a cash gift of N5 million as well as a three-bedroom bungalow.

Reacting to the Ogun State Governor’s gesture on Wednesday, Adenuga described the decision is “disheartening”, adding that it was sad that the nation now rewards trivialities and mediocrity.

“I’m totally disheartened by the Governor of Ogun state making the winner of #bbnaija an ambassador of the state, rewarding him further with cash and a house,” the award-winning gospel singer wrote on his Instagram page.

“No thanks to you sir for further entrenching the sad narrative that we are a nation that rewards trivialities and mediocrity.

“Our values keeps going to the dogs!”