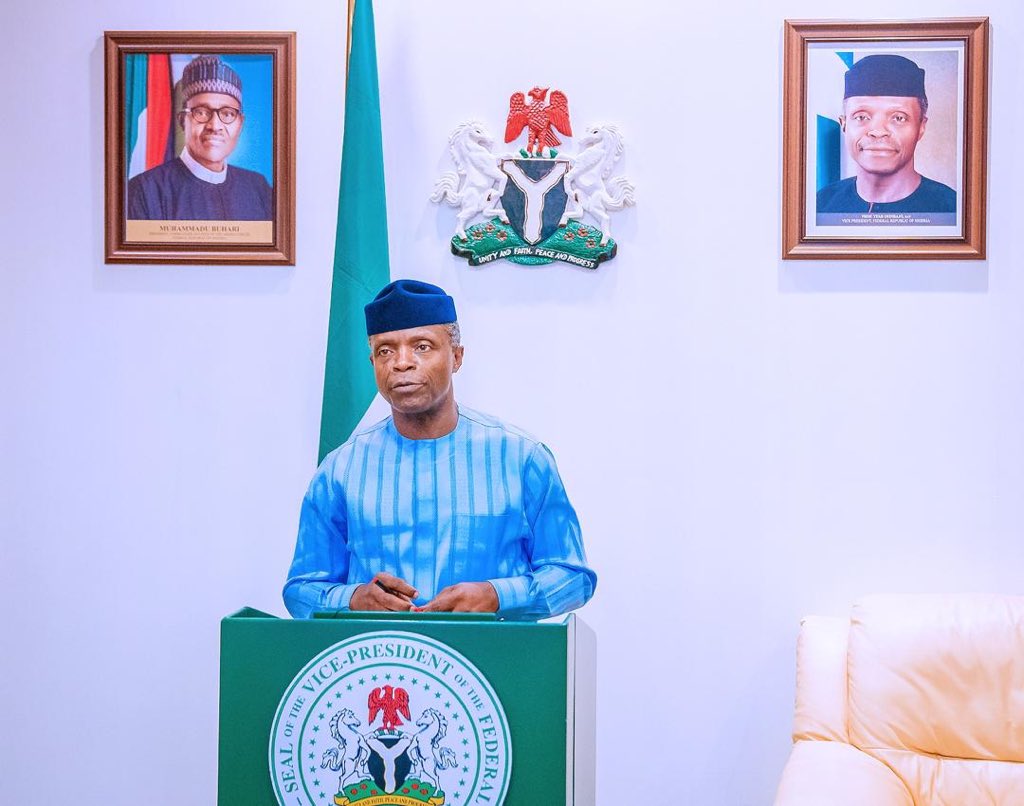 Vice President Yemi Osinbajo has joined the call for appointments into government positions be based on merit.

Osinbajo who spoke on Saturday at a teleconference organised by the Nigeria Leadership Initiative, a body led by Olusegun Aganga, former minister of industry, trade and investment, did not, however, discountenance the practice of federal character principle in the country.

He said even if federal character was meant to create a representative balance among the various groups in the country, it should still be based on merit.

“I need to make this point because time and time again, we get arguments around whether the appointment of persons into public institutions should be based on federal character. The dominant principle should be merit,” he said.

“Federal character is essentially affirmative to create a balance, but even if we are to create that balance, it should still be based on merit.

“For example, if we are to reserve an office for a particular zone, that zone should be able to produce the best.”

The vice-president said the country needs a value system that promotes economic development.